Anger over obscure questions and errors on inspectors exam

Sergeants have raised concerns about the relevancy of infuriating questions on the College of Policing inspectors exam. 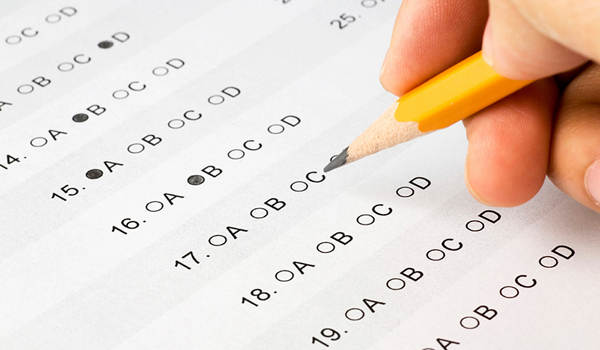 Sergeants have raised concerns about the relevancy of infuriating questions on the College of Policing inspectors exam. Removing builders skips, acting as school traffic wardens and the Trial of Lunatics Act 1883 all featured on the National Police Promotion Framework Step 2 test on Tuesday (October 3). It is claimed that officers were also asked to answer questions on laws the college told them would not be in the exam. Candidates expressed anger over the inclusion of subjects they believed were not relevant to the role of inspector and several have lodged formal complaints. The college said it is looking into their concerns. Paul Connor, lecturer and writer at Checkmate Training and author of several Blackstones policing manuals, told Police Professional several officers had complained to him about the infuriating subjects. Its difficult to look at the role of an inspector in any force in England and Wales and work out how [the topics] were massively relevant, he said. For people who spend a significant amount of time and money trying to get through this examination  Ive had emails from people saying Ive been studying for six months, my life has been on hold  when they see things like that which effectively trivialise the whole thing, I think thats what people find unacceptable. While you can turn around and say its in the syllabus, just because its there doesnt mean you should test it. People can pass and fail by one mark. The inspectors exam contains 150 questions on any subjects covered in the Blackstones manuals. Candidates must answer 65 per cent correctly to pass  but understandably spend more time revising topics that are most relevant to an inspectors duties. The Trial of Lunatics Act 1883 allows juries to return a verdict that a defendant was guilty but insane and should be detained as a criminal lunatic. The legislation appears in the general defences section of the crime manual but is rarely used in practice and is unknown to many in policing. Michael Brown, mental health coordinator for the college and the National Police Chiefs Council, said he had never heard of it before it appeared on the exam. This year is not the first time obscure topics have appeared on the syllabus  previous papers have included subjects such as littering in phone booths and Ebola. The college also published amendments to the syllabus in July telling candidates that certain recently changed or repealed laws, such as the Intoxicating Substances (Supply) Act 1985, would not be on the test. However, the final exam included questions about the legislation despite it being repealed by the Psychoactive Substances Act last year. Mr Connor said: I dont understand why these questions were allowed to find their way in. If the exam has gone through a rigorous checking process, I dont understand how these errors have been missed. Earlier this year, officers applying for promotion to sergeant with the Police Service of Northern Ireland complained when their test contained similar mistakes. Twelve anomalies were found in the multiple-choice stage of the January 28 exam, so candidates were issued full marks for those questions. The test also featured a computer-based section, which some older officers claimed put them at a disadvantage. The College of Policing said the inspectors exam is designed to be challenging to ensure candidates are ready to progress onto the next stage of the promotion process. A spokesperson said: Whilst every effort is made to ensure the content of the exam is correct at the time it is sat, sometimes errors do occur. When this is suspected, there is a process to investigate this and that process is currently ongoing. Candidates can be reassured that they will never be penalised for errors identified in the examination. As anyone sitting the exam would expect, all the questions in it are drawn from the syllabus (and are checked to determine they are answerable from the relevant manuals).