Almost half of new recruits at Police Scotland are women

Female officers have accounted for almost half of the latest intake of probationary constables at Police Scotland as it continues its drive to “increase recruitment from under-represented groups”. 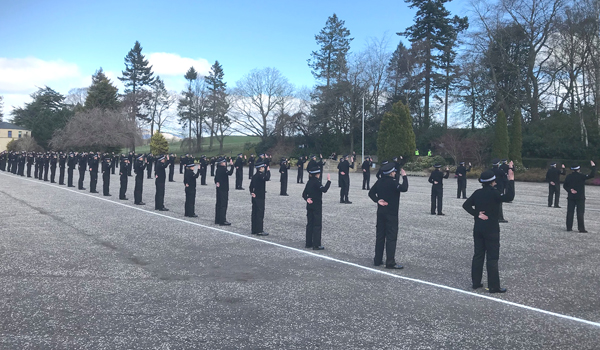 And a total of 12 per cent of the new intake are from ethnic minority backgrounds.

Of the 179 officers who were welcomed into the force by Chief Constable Iain Livingstone, 82 were women.

“Although we have much still to do, this particular intake of new constables reflects the progress Police Scotland has made in our drive to increase recruitment from under-represented groups,” said Mr Livingstone.

“Policing in Scotland takes its authority and legitimacy from the people of Scotland and I remain committed to doing everything I can to ensure the service represents and reflects the communities we serve.”

The new recruits took their Oath of Office at a ceremony at Police Scotland’s Headquarters at Tulliallan Castle in Fife.

“The Oath of Office marks the point at which our newest recruits are sworn into Police Scotland as constables, embarking on their careers in public service,” said Mr Livingstone.