The Metropolitan Police Service (MPS) has carried out a number of warrants in the run up to Notting Hill Carnival, targeting gang crime, drug supply and knife crime. 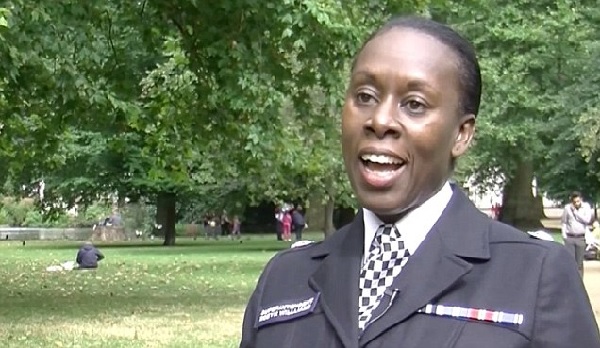 The Metropolitan Police Service (MPS) has carried out a number of warrants in the run up to Notting Hill Carnival, targeting gang crime, drug supply and knife crime. Since August 11, officers have made more than 290 arrests, recovering 190 knives and 18 firearms, and the force says weapon sweeps, stop and search, youth engagement and ANPR operations will continue throughout the week leading up to the event. On Tuesday (August 22) at 4am, officers carried out two intelligence-led proactive operations targeting people that the force had intelligence on to suggest they were planning to commit crime at the Carnival. The MPS officers were assisted by colleagues at City of London Police and British Transport Police (BTP), who will play a significant role ensuring safety over the bank holiday weekend of August 26-28. In Kensington and Chelsea, 26 people were arrested while officers in Lewisham arrested 14 individuals and seized both class A and B drugs. Chief Superintendent Robyn Williams, the MPSs spokesperson for Notting Hill Carnival, warned anyone attending the Carnival to keep an eye on their mobile phones. She added: “Our officers have been proactive and focused on tackling serious violence and knife crime across London. Today`s operation is aimed at ensuring that those who intend to cause trouble at Carnival are prohibited from doing so. We are committed to ensuring that Carnival remains a safe, vibrant and enjoyable event; troublemakers are not welcome. We will be uncompromising in our operations to keep our communities safe and secure. People can expect to see operational activity right up until, and throughout the Bank Holiday weekend. Officers known as super recognisers will be at Notting Hill Carnival and in the CCTV control room looking for anyone banned from the event. However, Big Brother Watch has called for the scrapping of automated facial recognition at the Carnival. On Wednesday (August 16), it said there is no clear legal basis for its use in public spaces, adding that research has shown that the software can carry racial accuracy biases. Superintendent Bill Duffy, from City of London Police, said: “We`re keen to ensure a safe and enjoyable Notting Hill Carnival for everyone attending, as well as the local community, and we`re committed to working closely with the MPS to make this a reality. “This successful and important operation will go a long way to helping us achieve that aim of ensuring the Carnival is a great event for all.” BTP Assistant Chief Constable Alun Thomas, added: “We are looking forward to Notting Hill Carnival this weekend and our officers will be on hand to ensure everyone travelling to and from the event can do so safely. “As part of the build-up to the Carnival, we are working with our colleagues in the MPS to prevent and disrupt any possible criminal activity. “The clampdown on people who are suspected to be in possession of weapons is part of our long-term commitment to tackling knife crime in London. We do this jointly with the MPS and City of London Police under Operation Sceptre.