Airports have been accused of cashing in on crime after the number of passengers arrested for drunkenness surged by half. 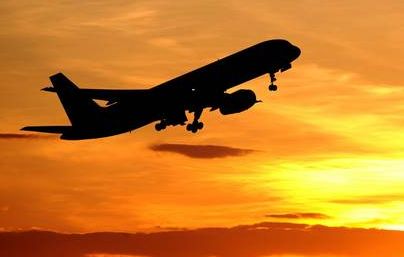 Airports have been accused of cashing in on crime after the number of passengers arrested for drunkenness surged by half. Airside bars and duty free shops are tacitly encouraging irresponsible drinking, a BBC Panorama investigation claims. Figures obtained by the programme  which came from 18 out of 20 police forces with a major airport in their area  found 387 arrests for drunkenness in airports or on planes in the 12 months to February, up from 255 in the previous year. Theyre selling it in front of children, theyre selling it around licensing hours [and] without asking how much people have already drunk, said Baroness Hayter of Alcohol Concern. Theyre making it very readily available. The way airports make their money is expecting passengers to spend a lot when theyre there, and the biggest thing is alcohol. Panoramas survey of Unites 19,000 cabin crew members  of which 4,000 responded  found half had seen verbal, physical or sexual abuse on a UK flight, while one in five said they had been a victim. They would touch your breasts, or theyd touch your bum or your legs. Ive had hands going up my skirt before, said Ally Murphy, a former crew manager for Virgin Airlines. In July 2016 the aviation industry introduced a voluntary code of conduct on disruptive passengers, which most of the big airlines and airports signed up to. The code`s advice included asking retailers to warn passengers not to consume duty-free purchases on the plane, while staff are also asked to sell alcohol responsibly to passengers. More than a quarter of cabin crew surveyed were unaware of the code of practice and, of those who had heard of it, only a quarter thought it was working. A House of Lords Licensing Act 2003 Committee report earlier this year called for tougher rules on the sale of alcohol at airports. Committee chair Baroness McIntosh of Pickering said: “We didn`t hear one shred of evidence to show the voluntary code was either working now or had any possible vestige of success in working any time soon.” The Home Office said it was considering the report`s recommendations, which include revoking the airports` exemption from the Licensing Act, “and will respond in due course”. Alexandra Wilms, of the Balearic Ministry of Tourism, called for high fines to try and deal with the problem as these kinds of people dont understand any other thing than really getting punished by paying a lot of money. Karen Dee, chief executive of the Airport Operators Association, said: “I don`t accept that the airports don`t sell alcohol responsibly. The sale of alcohol per se is not a problem. It`s the misuse of it and drinking to excess and then behaving badly.” Panorama: Plane Drunk is on BBC1 on Monday (August 14) at 8.30pm