Ahead of the race

Recent deaths from collisions involving souped-up cars chasing each other as crowds watch on have sparked a debate about how the service is able to respond with so few roads officers. Police Professional reports. 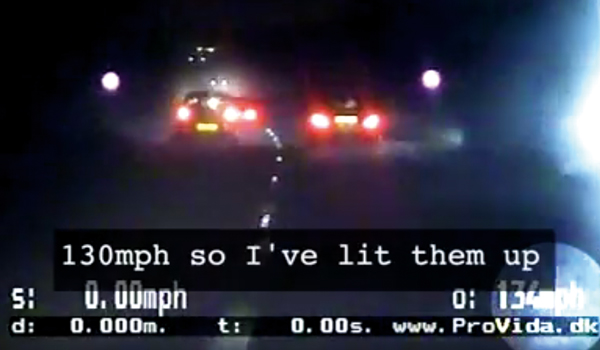 Recent deaths from collisions involving souped-up cars chasing each other as crowds watch on have sparked a debate about how the service is able to respond with so few roads officers. Police Professional reports. On the evening of Sunday, July 9, Northamptonshire Police received reports of a large number of vehicles gathering near the Daventry International Rail Freight Terminal. Officers attended and quickly closed off a stretch of the northbound A5, boxing in 127 cars that had gathered for a number of illegal street races. Officers spent four hours processing the cars and speaking to drivers about numberplate offences, defective tyres and MOT expiry. PC David Lee of the forces Safer Roads Team said: When we talk to people at these meets they say theyve just come to watch, but if people come to watch there will be people who are happy to race. Without spectators, theres not so much of an event. While people feel they arent doing anything wrong by being there, it is encouraging that behaviour to happen. Many of the people we spoke to had travelled from across the UK to attend. We want to send out a strong message that travelling here with the hope of seeing or taking part in illegal racing or drifting will be a wasted trip as we will shut down any attempt at holding such activities on public roads. Inspired by the continued success of film franchises such as The Fast and the Furious, and racing video games, these gatherings are becoming increasingly common across the country. Similar events are regularly reported in Cambridgeshire, Greater Manchester, Colchester and London. Last month, South Wales Police officers were sent to a gathering of around 36 vehicles on the Kenfig Industrial Estate in Port Talbot on a Sunday evening. Three people were arrested for being unfit to drive through drugs, and another for possession of cocaine. Three drivers were given street warnings for possession of small amounts of cannabis. Thirty-one people at the event were given letters about their behaviour and future conduct. Inspector Helen Woodward of the forces Port Talbot division, said: Our neighbourhood teams have been made aware of youths congregating in the industrial area of Kenfig and using it to race or drive dangerously. This robust response highlights our commitment to community concerns and helps ensure that unsafe and anti-social drivers are targeted. Last year, Southend Council secured a High Court injunction banning any unauthorised car cruise events from taking place in the borough until September 28, 2017. The injunction bans activities such as racing, speeding and creating noise where this puts public safety at risk or causes nuisance. Despite this, events continue to take place, often attracting hundreds of drivers. A similar injunction has been in place across the Black Country since 2015. In June, two women, Chloe Kendrick, 19, and Devon Roden, 25, were each fined £1,000 and ordered to pay Wolverhampton Councils costs of £500 after they admitted breaching the injunction by planning an event in Dudley. West Midlands Police had intercepted a post on the women-only Facebook page Pouts and Pistons, with Kendrick and Roden inviting people to a gathering at the Tesco store in Burnt Tree Island in April. The planned meeting quickly gained a large following, with 80 people confirming they were going or were interested in attending. Although such gatherings are usually associated with teenagers who have customised their cheap, first cars and involve a significant social aspect, those taking part in the actual racing tend to be older. Last month three men, Amar Paul, 27, Tejinder Bhuee, 24, and Zafar Iqbal, 33, narrowly avoided being jailed for street racing after being caught travelling at speeds of up to 130mph on the A38 in Birmingham in March. During their illegal road race  started with three blasts on their car horns  they were recorded travelling at 90mph in a 30mph zone. At one point, they sped through roadworks and a temporary 40mph speed limit at more than 1