The messages from politicians and scrutiny bodies goes against the spirit of stop and search legislation and are creating uncertainty over police powers. Sergeant Glen Iceton proposes a wider debate on how they should be used. 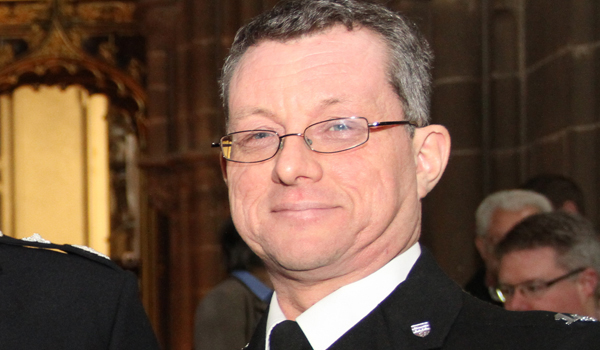 In April 2014, the then Home Secretary Theresa May gave a speech in Parliament regarding a perceived abuse of the stop and search legislation by the police and the disproportionate effect it had on young black men in particular. This speech introduced a scheme which, she said, would make more effective use of the power and make the job of crime fighting easier. However, whether by accident or design, the Best Use of Stop and Search Scheme has resulted in the reduction of the number of stop and searches by around 75 per cent. Although this has been celebrated by the Home Office, has it made the general public less safe and the police less effective? As a young police officer in central London I was once on patrol in the early hours of the morning when a car was spotted driving unusually slow in snow. This was unusual but not in itself blatantly criminal. I was with other officers when the vehicle and its occupants were subject to a proactive, but lawful, stop and search. During the course of the search a laptop was discovered, which none of the occupants would claim. What was to be subsequently found on that computer would surprise everyone involved. It contained a complete technical breakdown of a brand new type of jet engine worth millions of pounds, not only to the company who owned the design, but also to the UKs Gross Domestic Product. A brilliant result that was celebrated at the time and I am sure that most officers with more than three years experience have similar stories. But is this type of proactive, police generated stop and search rapidly becoming a thing of the past? The powers of stop and search, and the officers that use them, are being placed under a degree of scrutiny that, considering the relatively low-level of intrusion stop and search involves, when compared to say the use of force or advanced driving, seems hard to justify. The law relating to stop and search, namely section 1 of the Police and Criminal Evidence Act 1984, has not changed since it was written, but the interpretation by the Home Office, Her Majestys Inspectorate of Constabulary and Fire and Rescue Services (HMICFRS) and the College of Policing has. The introduction of the Best Use of Stop and Search Scheme has placed more emphasis on scrutiny, encouraging those being searched to complain and raising the level of what constitutes suspicions rather than the operational effectiveness of stop and search powers. In 1994, I was taught that for reasonable grounds to suspect you should consider five points: place; behaviour; time; information/intelligence; and property. If you had three out of five then you had reasonable grounds to suspect. This seemed in line with the case law often quoted for suspicion that, on a scale of one to ten, suspicion is around two or three and it seemed to work well for many years. Now the scheme emphasises the term likelihood, which I believe is a higher bar than suspicion and is not in the spirit of the original legislation. One of the main reasons for the power of stop and search is to prevent an arrest being made. If officers are being asked to consider the likelihood of someone having a prohibited object, for example, then why not just arrest? In fact, this is sometimes happening with officers arresting and then de-arresting if nothing is found, rather than take the perceived risk of a grilling over the use of a stop and search. Surely this is not what Parliament or the creators of the Best Use of Stop and Search Scheme intended but I am afraid that is the reality. The concern I have around parts of the scheme is that the Home Office, HMICFRS and the college have such a negative attitude to stop and search that the law appears to have been changed without a discussion in Parliament or more importantly the consent of the public The members of the public I speak with, and I believe this is true across the country, are not concerned with a perceived police misuse of stop and search but often call for more use of the power, being far more concerned with theft from