Lincolnshire Polices acting deputy chief constable has been offered the role on a substantive basis. 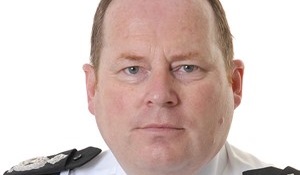