A man jailed for throwing a corrosive liquid across a packed dance floor in a nightclub has been handed an additional eight-month sentence for smuggling a mobile phone into prison to call his girlfriend. 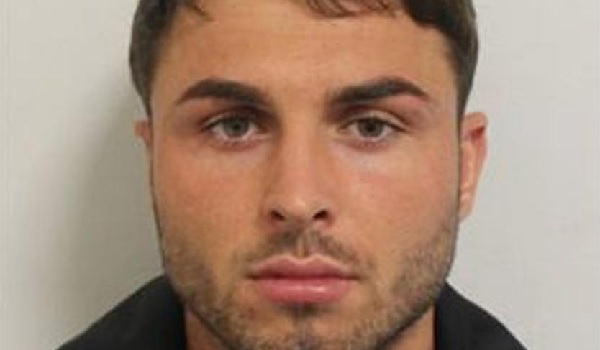 A man jailed for throwing a corrosive liquid across a packed dance floor in a nightclub has been handed an additional eight-month sentence for smuggling a mobile phone into prison to call his girlfriend. Arthur Collins hid a Nokia in a crutch he had been using for an ankle injury, along with two sim cards and chargers. The 25-year-old was handed the extra term at Woolwich Crown Court on Wednesday (January 17), meaning he will serve at least 13 years and eight months behind bars. He claimed the phone was used to make private calls to his then-pregnant reality TV star girlfriend, Ferne McCann. Collins barrister Rebecca Randall said: His girlfriend was heavily pregnant with his first child. That child is now two months old and occasionally visits him with its mother and his sister. Prosecuting, Arizuna Asante confirmed an analysis of the device revealed Collins had used it to contact his family and friends. On September 10, 2017, a prison officer discovered the contraband inside the rubber stopper of a crutch during a search of Collins cell while he was on remand in HMP Thameside. In the crutch handle, officers also found two USBs. Sentencing, Judge Nicholas Heathcote Williams said: “The presence of a mobile phone or component part such as a sim card has many implications, not only for the prison establishment, but also the wider environment. “It provides a prisoner or prisoners with an opportunity to communicate they would otherwise not have. “This therefore allows them to act in a way prison is supposed to prevent them from doing.” Collins was sentenced to 20 years imprisonment in December last year after throwing acid across a London nightclub, injuring 22 people. During his trial he admitted throwing the bottle of fluid over clubbers, but claimed he thought it was a date rape drug that he had grabbed from two men.