A tick for support 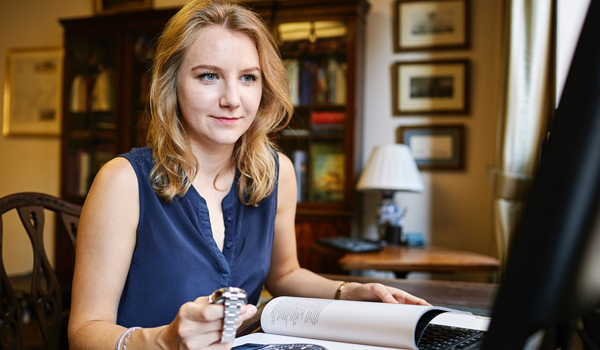 At Southwark Crown Court on Friday June 23, Nadeem Malick, a dealer operating around Hatton Garden, was jailed for 18 months on two counts of concealing and converting criminal property. On March 21 the previous year, the Art Loss Register (ALR) had identified Malick as selling a stolen Rolex watch worth £13,500 to another Hatton Garden dealer, who had checked the watch against the ALRs Watch Register before purchase. The ALR, the worlds largest private database of lost, stolen and looted art, antiques and collectibles, has seen substantial numbers of stolen watch registrations during recent years. The growing demand for a due diligence service among the watch trade led the ALR to launch a specialist service in 2014 called the Watch Register. The Watch Register now offers a specialist service to dealers, jewellers, pawnbrokers and auction houses, which seek to ensure that a watch presented to them for sale or loan has not been reported lost or stolen. It provides a five-minute response to searches, allowing clients to check a watch while their seller is still in the store. This means that any watch flagged up as stolen can be retained by the client at the ALRs request, conditions which the client has agreed to upon subscription. The Watch Register also allows clients to submit searches by text message as well as email, the former being particularly convenient for smaller dealers who do business primarily by phone. Such was the case with the Hatton Garden dealer who checked the Rolex offered by Malick, and his obligation to retain the watch prompted him to bring the watch together with its seller to the ALRs offices on Hatton Garden. The ALR called Detective Constable Kevin Parley of the Metropolitan Police Service (MPS), the officer in the case for the original theft. The Rolex had been stolen just two months earlier during a smash-and-grab raid at the Swiss Time Machine watch store in Mayfair, London, on January 6, 2016. Thieves broke in brandishing knives, hammers and an axe, which they used to break open display cases before grabbing the expensive timepieces inside. They made off on mopeds with 81 watches valued at £1.1 million. The store registered the watches the police had not managed to immediately recover on the Watch Register. When MPS officers arrived at the ALRs offices they arrested Malick and seized a further 27 watches that he was carrying in a plastic shopping bag. Officers searched his property and found a further 60 watches. Det Con Parley began to investigate the provenance of each watch with the close cooperation of the ALR, with its multi-lingual staff assisting in contacting watch manufacturers and police forces abroad, in addition to checking their own database to establish whether the watches had been registered. In total, 50 watches seized from Malick that day were identified as stolen, with a value of £113,450. Over the course of the next year, Det Con Parley obtained records of the watches sold by Malick to Watchfinder and BQ Watches, the two largest retailers of watches in the UK. Since 2014, Malick had sold these two companies 535 watches totalling £1.2 million. The searches showed 56 were stolen, and Malick had been paid £180,000 for their sale. The actual retail cost of the watches would have been considerably higher. It meant Det Con Parley had compiled overwhelming evidence that Malick was a full-time dealer in stolen luxury Swiss watches, contrary to his initial statements to police that he conducted only a small amount of trading and tried to do things to the best of his ability. It was clear that no provenance checks were carried out, and watches were bought by Malick in cash with no invoice. Malick had handled watches from all types of thefts, including smash-and-grabs, residential burglaries, snatches and credit card frauds, with a significant quantity being sold by Malick between one and 14 days after the original offence. This was the largest discovery of stolen watches ever seen by the ALR in its 27 years of dealing with stolen property. Th