A plea to consumers

Police Professional looks at the development of Albanian organised groups in the UK and why their own Prime Minister wants the UK to take action. 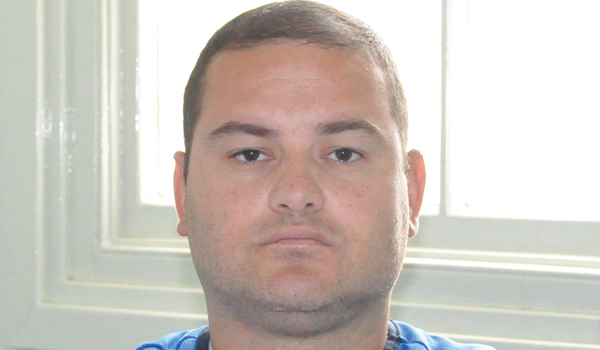 Last month, a formal plea for help in tracking down the gangs operating at the highest echelons of international organised crime arrived on the desk of Prime Minister Theresa May, and 27 other EU leaders. The letter was from the Prime Minister of Albania, Edi Rama. Acknowledging the impact Albanian gangs were having on the drugs trade outside their own country, Mr Rama called on the countries where those drugs were being bought and sold to step up to the mark. We in Albania have done everything possible to eradicate a considerable source of a Europe-wide problem. But the consuming countries must vigorously investigate the perpetrators and to freeze the proceeds of their crimes, he wrote in the Financial Times shortly after the letter was sent. We will be sharing what we know about them and the evidence we have against them with police forces and financial regulators across Europe in the weeks and months ahead. These are dangerous people. My government regards them as a national security threat. Yours should too. Many, perhaps most, live elsewhere in Europe, pretending to be legitimate businessmen. But make no mistake. They are criminals whose international businesses enslave people and create havoc everywhere. Referring to Albanian nationals involved in crime, the letter states: We know that some reside and are thriving in your nation too, profiting from illegal drugs, prostitution, human trafficking and other illicit activities. We want your help and offer ours in return, to catch these people and bring them to justice. As the US State Department observes in its 2017 International Narcotics Control Strategy Report: Albania produces and exports significant amounts of marijuana, primarily for European use. Europol agrees. Its 2017 Serious and Organised Crime Threat Assessment identifies Albania as not only the most important country for the cultivation of cannabis in Europe, but also adds it is the main source of herbal cannabis trafficked to the EU. According to statistics supplied by Italys financial police, the Guardia di Finanza, which used sophisticated air surveillance systems to map illicit crops, 219,000 hectares of land were being used to cultivate cannabis during 2016 with an estimated 754,000 individual plants identified. Albanias Ministry of Agriculture, Rural Development and Water Administration estimates that the country has just 566,000 hectares of farmland in commercial use, meaning that more than 38 per cent of all agricultural land was being given over to growing marijuana. According to Mr Rama, the marijuana plantations are all but eliminated. Referencing the Italian surveillance missions, he wrote: The statistics are unambiguous. A year ago, their flights identified 2,086 plantations across the length and breadth of Albania. This year, even with extended flights and enhanced surveillance, there were just 88. All have now been destroyed by our police. This is real progress. For years labelled the cannabis capital of Europe, Albania has had enough, and we have fought back. In reality, the victories against cannabis growers and traffickers have been overshadowed by the arrival of hard drugs, such as cocaine and heroin. Albania, which has historically low domestic drug abuse, now has the highest per-capita cocaine consumption in the world. It is also a key transhipment route for much of Europes cocaine. Although there has been eradication, much of the success is a result of the gangs simply moving on. Cultivation of marijuana plants has become considerably less lucrative for larger criminal organisations, with Class A drugs having a street value some 1,000 per cent higher than that of marijuana. And now it is a growing concern across Europe. The value and volume of drugs being trafficked has led Albanian criminal organisations to establish a particularly brutal presence within the EU, and in the UK in particular. Mafia Shqiptare Albanian gangs have been part of Britains criminal underworld since the late 1990s. Rather than movi