Policing and fire minister Nick Hurd has confirmed a number of force reform projects across England and Wales which have been awarded support from the Police Transformation Fund (PTF). 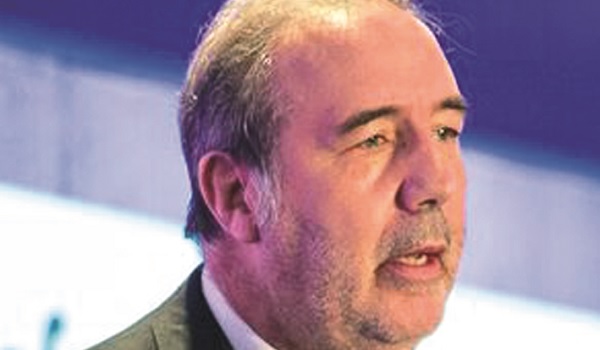 Policing and fire minister Nick Hurd has confirmed a number of force reform projects across England and Wales which have been awarded support from the Police Transformation Fund (PTF). The funding comes to a total of £60 million, and will deliver on the outcome of our Policing Vision 2025, according to Paddy Tipping, the chair of the Police Reform and Transformation Board. Forces in Cheshire, Essex, Hampshire, Gloucestershire and Merseyside will receive £6 million for the next three years to reform digital policing, and £12 million will be shared between North Yorkshire, Derbyshire, Wiltshire, Northumbria and the Metropolitan Police Service (MPS) over the next three years to fund innovative approaches to engaging with the community in order to reduce youth offending. Regional organised crime units and the National Crime Agency will receive £23 million of funding until 2020 for a suite of measures which will provide them with new capabilities to detect, monitor and disrupt organised crime groups. The PTF has also pledged £11 million to Sussex for a Video Enabled Justice initiative to be piloted across London and the south east of England, designed to give officers more time for frontline duties. The MPS received a total of £4.2 million from the PTF, with just under £2.4 million going towards the implementation of the child house model for victims of child sexual abuse and exploitation. Welcoming the funding, Nottinghamshire police and crime commissioner Mr Tipping, said: The £60 million funding package announced by the minister will be invested across our regions and in local forces to ensure that our police can respond to the range of threats which pose harm to our communities. This funding covers programmes that use innovative ways to keep our communities safe, by investing in digital policing methods and effective local partnerships to combat serious and organised crime, whilst protecting the most vulnerable members of our society. I am especially encouraged by the wide range of investments being supported by the fund. All of these programmes deliver on the outcomes of our Policing Vision 2025, ensuring that we are equipped into the future to keep our communities safe, using specialist technology to prevent crime, community partnerships to reduce offending, and increase the publics access to policing and criminal justice services. Through the board which I chair, chief constables and police and crime commissioners are working together, to agree with the Home Office a programme of work over the next few years which will make best use of the Police Transformation Fund for the benefit of the public.