The Government has announced a £50 million investment in counter-terror policing ahead of the publication of its grant settlements later this week. 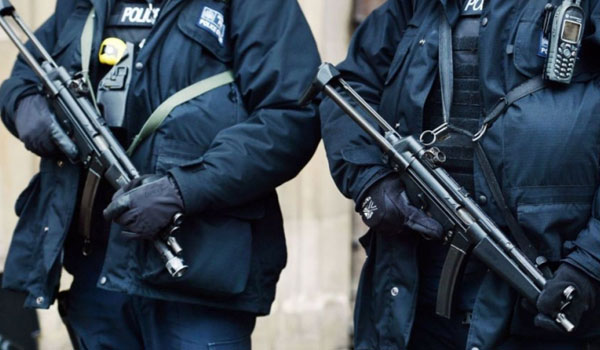 The Government has announced a £50 million investment in counter-terror policing ahead of the publication of its grant settlements later this week. The entirely new money will increase police counter-terrorism spending from £707 million to £757 million. The investment will allow officers to focus more on community engagement and disruption work, according to Home Secretary Amber Rudd. However, critics have claimed the announcement will only reverse planned cuts to counter-terror budgets and may be a worrying sign for the contents of this weeks police funding settlement. Shadow policing minister Louise Haigh described the announcement as a total slap in the face intended to distract from the desperate state police are in. She added: And presumably this means not a single penny is going on the force funding settlement which is absolutely disastrous. The Government spends approximately £15.1 billion on counter-terrorism but only a fraction of this is allocated to policing. Earlier this year, National Police Chiefs Council chair Sara Thornton revealed the £707 million given to the police service would be cut by 7.2 per cent over the next three years  or around £50 million. The overall police budget has lost approximately £2.7 billion since 2010. The investment, announced on Sunday (December 17), will also have little impact on areas of policing that provide the vast majority of counter-terror resources. Approximately three quarters of resources deployed after the Manchester Arena bombing came from outside the counter-terror specialism. Counter-terror police have disrupted 22 plots by Islamic extremists since Fusilier Lee Rigby was murdered in May 2013, nine of which were foiled this year. MI5 and the police service are currently managing more than 500 live investigations, and the number of terror-related arrests increased by 54 per cent in the year to September. Announcing the investment, Ms Rudd said: This represents our commitment to backing the talented and brave counter-terrorism forces with the resources they need to keep people safe. Since 2015 alone we have increased counter-terrorism spending by 30 per cent and pledged more than £500 million in increased funding for the counter-terrorism budget, to protect the UK from the ongoing threat posed by extremism. She added: This will allow counter-terrorism policing to meet head on the threat we face, working closely with our communities and continuing to disrupt those who would want to harm us.