An investigation into alleged data manipulation by employees of Randox Testing Services (RTS) has identified more than 10,000 cases across 42 forces that may have been affected, according to the National Police Chiefs Council (NPCC). 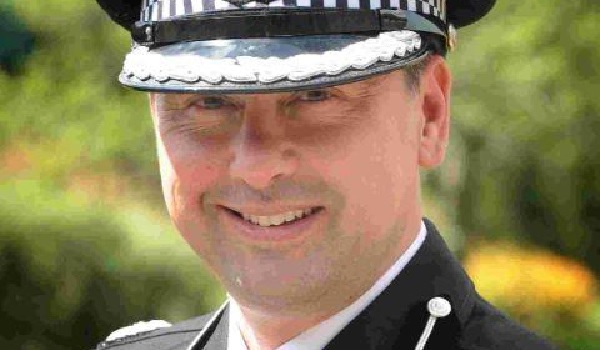 An investigation into alleged data manipulation by employees of Randox Testing Services (RTS) has identified more than 10,000 cases across 42 forces that may have been affected, according to the National Police Chiefs Council (NPCC). Three-quarters of the samples related to Road Traffic Act offences, such as drug driving, while the remaining cases include violent crime, sexual offences and unexplained thefts. Around 50 cases of drug driving have been discontinued and two cases involving road deaths have been referred to the Court of Appeal. Around 70 per cent of the highest priority cases have been submitted for retesting, which the NPCC expects to be completed by mid-2018. The full retesting programme is currently expected to take between two and three years to complete due to limited specialist forensic capacity. However, the NPCC said it is considering introducing other independent forensic testing suppliers into the investigation to reduce the retesting timescales. NPCC lead for the forensic marketplace, Deputy Chief Constable James Vaughan, said: The integrity of forensic science in the criminal justice system is hugely important. We have worked at pace to respond to this serious breach of standards and take action in cases where peoples lives could have been affected. With limited expert capacity with the forensics market, our primary aim is to prioritise the most serious and pressing cases for retesting while ensuring we dont delay urgent and important current cases. We are striving to complete all cases requiring retesting as quickly as possible so we will continue to explore ways of speeding up the processes. The manipulation scandal came to light in February after an internal investigation at RTSs Manchester laboratory found 484 toxicology results had been compromised. Potential data manipulation at Trimega Laboratories involving child protection and family court cases is also being investigated by Greater Manchester Police. Julia Mulligan, lead on transparency and integrity Lead for the Association of Police and Crime Commissioners, said: The impact of the police investigation into data manipulation at RTS is profound. Understandably, confidence in the criminal justice system will be rocked, but I am confident that chief constables and the Crown Prosecution Service in particular are doing everything they can to deal with this unforeseeable challenge, affecting both live and historic cases. The vast majority of the 10,000 cases called into question relate to drug-driving incidents, but some cases involve the most serious of crimes. No doubt as I am in North Yorkshire, police and crime commissioners across England and Wales will take steps to ensure any victims adversely affected by these developments receive the support they need. Both at a national and local level police and crime commissioners will work with partners to understand the consequences of this police investigation, manage the fallout and ensure normal service is resumed as quickly as possible. Between late 2013 and early 2017, 129 criminal cases  equivalent to 211 forensic samples  have been identified across Bedfordshire, Cambridgeshire and Hertfordshire that may have been affected. Superintendent Russ Waterston, Deputy Head of Bedfordshire, Cambridgeshire and Hertfordshires Criminal Justice and Custody Unit, said: We have reviewed samples dating from late 2013 to early 2017 and, to date, we have identified 129 criminal cases, which equates to 211 forensic samples across Bedfordshire, Cambridgeshire and Hertfordshire, that may have been affected by this issue. These cases cover a wide variety of offences. The majority relate to road traffic offences but there are also cases relating to violent crime, sexual offences and sudden deaths. In line with the national response, the most urgent cases, including those that are currently going through the criminal justice system, are being given retesting priority. Understandably, this news will cause conce