As a solution is finally piloted ahead of an imminent national rollout, Police Professional reports on the likely benefits and how forces need to prepare frontline staff to see ANPR as not just a tool for the pursuit of offenders. 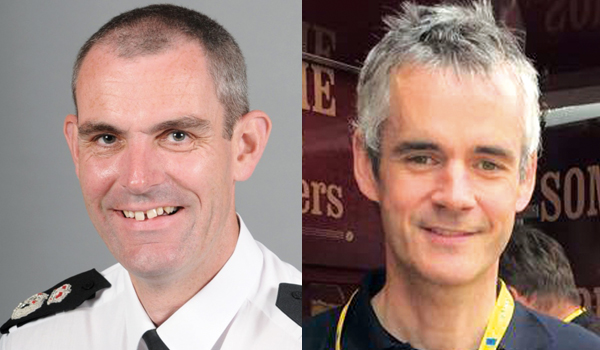 At present, the operational possibilities enabled by the automatic numberplate recognition (ANPR) system are enormous. Specialised analysis of convoys or cloned plates can yield invaluable information on suspects in serious crime types, from County Lines drug-dealing to child sexual exploitation (CSE). However, the age and structure of the current system mean its possibilities are often not being fully realised. Its replacement, the National ANPR Service (NAS), will be introduced later this year (see PP588) and will greatly improve the functionality available to forces. The NAS will, for the first time, provide a truly national offering  officers in every force will have immediate access to data from all cameras across the country, rather than relying on their own individual back offices to collate it from the CCTV infrastructure in their force area. Analytical tools, which are becoming increasingly powerful, will be able to be run against the whole data set, and the quality of service should become standardised across the country. How are we preparing to deliver this and are we going to maximise the opportunities that this will bring? said Chief Constable Charlie Hall, national ANPR lead, at the National Police Chiefs Council ANPR conference last November. The bottom line for why we are going to do this is because its a tool that brings huge efficiency into law enforcement in policing. I think its fair to say we are the world leaders in this area  there is nobody out there who has got the system quite as robust and effective as the one in the UK. We are about to make it even more so through bringing in this technology. We are here to serve the public, we are here to make people safer, we are here to detect crime and bring people before the courts who should be brought before the courts. This system is about to deliver a step change for us in the way we can do that. But we need to make sure we are ready for it. Areas for improvement According to Detective Sergeant Steve Smales, North Yorkshire Polices lead for ANPR intelligence training, 95 per cent of the current use of ANPR is for conventional inquiries such as establishing when a vehicle was travelling, where it went, and who was driving. A standard intelligence tasking submitted to force intelligence bureaus might involve simple requests such as identifying a vehicle that was spotted on CCTV during a certain area at a specific time. If the vehicle remained in the force area, conditional searching on factors such as the make, model and colour should quickly render results. If intelligence indicates the offenders have travelled from somewhere outside of the force area, the National ANPR Data Centre (NADC) provides the capability to search for it. However, Det Sgt Smales claims the NADCs age means the majority of users are currently unable to utilise functionality beyond searching for a known vehicle registration plate. Even then, this process is time consuming and inefficient. Because the system is old, its creaking and its at the point of falling over; the amount of people who can actually access a geographic search where we dont know what were looking for on the vehicles make or model is tiny, and it takes hours to run, he said. It takes so long to run a national search on the national geosearch function that I set them going sometimes before I go on my weekend off. Quite often, theyve not finished by the time I come back. The frustrating thing is we all know the data is there and the data cannot be readily accessed, save for perhaps one per cent of users  maybe even fewer. To simplify this process, forces have developed local agreements to share functionality between each others systems. Theoretically, these agreements should mean that officers in force A only have to put in a request to force B to access data on vehicles in force Bs area. In practice, however, this often results in an error message notifying them that the maximum number of results has been exceeded and nothing more can