A fledgling lawyer has admitted nearly 40 years on that he couldnt have lived with himself if he had not broken client confidentiality to convict a killer. 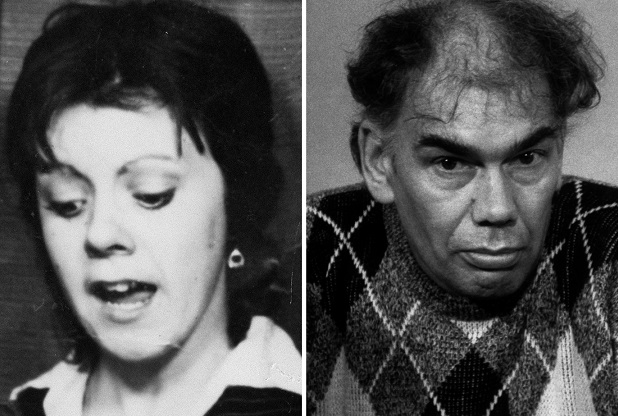 A fledgling lawyer has admitted nearly 40 years on that he couldnt have lived with himself if he had not broken client confidentiality to convict a killer. Retired Derby solicitor Stephen Chittenden handed over confidential papers that ultimately helped to convict Michael Brookes of the brutal killing of teenager Lynn Siddons, who was murdered in 1978. After confessing his guilt to disclosing the long-held information to his local newspaper, the Derby Telegraph, Mr Chittenden was reported to his professional body, the Solicitors Regulation Authority (SRA). In turn, the SRA has rebuked his “completely unacceptable” conduct and fined him £650. Threatened with the prospect of being dragged in front of a disciplinary tribunal, the 66-year-old father of three has agreed to remove himself voluntarily from the solicitors roll  meaning that he can never practise as a solicitor again. But today, with a lifetime career as a criminal defence lawyer at an end, he said it was a small price to pay for “clearing what I carried around with me for more than three decades. Mr Chittenden, of Aston-on-Trent, said: “I have nothing at all against the SRA for what they did to me because I admitted it and they are just doing their job. “They are right, what I did was professionally unforgiveable, but I did it because I would not have been able to live with myself knowing that Brookes was out there and could have killed again. “I was in my 20s, at the start of my career and I risked that because I knew who had killed Lynn. “Had he killed someone else, I would have been criticised as the lawyer who stuck to his guns and allowed someone else to die.” This tragic story began with a 16-year-old girl being strangled and then stabbed 43 times on April 3, 1978, before being dumped in bushes beside the Trent and Mersey Canal in Barrow-on-Trent, Derbyshire. Lynn`s body was found six days later. Within 48 hours, 15-year-old Roy Brookes, whom Lynn had planned to meet that day, had been arrested and charged with murder. By the time Mr Chittenden got to see him, the frail teenager, who had a low IQ, had confessed to murdering Lynn. Mr Chittenden likens the culture surrounding police interviews at the time to the TV drama Life On Mars. Young Roy was interviewed without a solicitor or a tape recorder. “It was the 1970s,” he said. “Police were obsessed back then with getting `the confession` and thats what they got from the lad after his stepfather, who was trying to set him up, had spoken to him.” Right from the start, the newly-qualified solicitor assigned to the first murder his small provincial law firm had dealt with, had doubts that Roy was the killer. The teenager opened up to Mr Chittenden, then 26, about the sinister events that took place on the day she died. The solicitor was left in no doubt that it was the boys stepfather Michael Brookes  accompanying him during several interviews  who was actually responsible for the crime. For a start, he was smaller than Lynn  barely 4ft 10in tall and 6 st in weight  and yet her killer had managed to drag her body through deep undergrowth before stabbing her over and over again in a frenzied attack. Mr Chittenden shared his concerns with the barrister assigned to the case. At one stage, the two lawyers returned to the murder scene with a female barrister to piece together the crime. “We even tried to drag the female barrister through the undergrowth to see if Roy could have done it,” said Mr Chittenden. “Lynn was bigger than Roy. We all looked at each other and said: `No way`.” Getting Roy to recant his three-quarter-page confession was another matter. In desperation, Mr Chittenden turned to the psychiatrist instructed to prepare Roys psychological reports  and when the teenager finally opened up on the eve of his trial, he confessed what had happened. His stepfather Michael Brookes, a man obsessed with Jack the Ripper, had told Roy to get Lynn on her own down by the canal. Brookes followed them down there, said R