30 years on policing remembers `The Tragedy` that was Hungerford

The family of policing will come together this afternoon to pay its respects to a mind-numbing murderous spree that touched two of its own  and left an indelible stain on the nation. 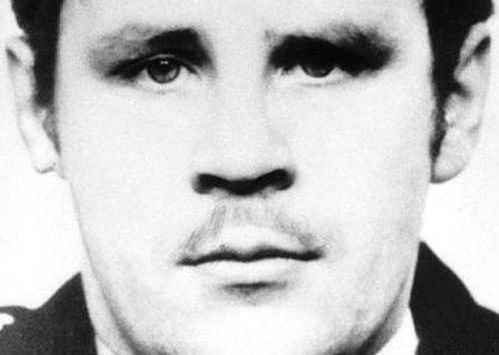 The family of policing will come together this afternoon to pay its respects to a mind-numbing murderous spree that touched two of its own  and left an indelible stain on the nation. Officers from Thames Valley Police (TVP) will mark the 30th anniversary of the Hungerford massacre by paying their respects at a remembrance service in Newbury police station. The 2.30pm gathering will be led by force chaplain, the Rev Dr Anthony Peabody, followed by a wreath-laying ceremony in memory of the victims  including Police Constable Roger Brereton  survivors, and all those affected. Wednesday August 19, 1987 cast the quiet English market town of Hungerford into the hell fire of criminal purgatory  with Michael Ryan`s random killing of 16 people and 15 more seriously injured being at the time the UK`s worst mass shooting. In the wake of the murders, then-Home Secretary Douglas Hurd called for a commission on the killings. Chief Constable Colin Smith`s report led to the Firearms (Amendment) Act 1988 being passed, banning the ownership of semi-automatic firearms and pump-action weapons and made registration mandatory for shotgun owners. The deadly consequences of `The Tragedy`, as it is known locally, struck indiscriminately for two Thames Valley Police officers  both off duty on that fateful day 30 years ago. PCs Brereton and Trevor Wainwright were part of a force strength in Hungerford that comprised two sergeants and a dozen constables covering 140 square miles of the Newbury sub-division. PC Wainwright, Hungerford`s normal `bobby on the beat`, was on his way to a part-time gardening job in nearby Inkpen when he heard a news report come on the radio about a suspected armed robbery at a petrol station in Froxfield. He decided to carry on his journey but later received a phone call to report to the station. PC Wainwright was told by his superior officer that his father, Douglas, had been shot dead by Ryan and his mother, Kathleen  wounded by shots to the chest and hand  was in hospital in Swindon. When he arrived he was greeted by a nurse who said his mother was “fine” and his father in the operating theatre. It turned out to be a tragic case of mistaken identity as PC Wainwright`s father had been killed as he had been originally informed. He told the BBC this week: “He was dead after all. That was possibly even worse than hearing it the first time.” Traffic officer Roger Brereton volunteered for duty on hearing that a maniac gunman was on the loose. The officers seeking out Ryan had no idea where he was. All they knew was of a report of `a shooting`. PC Brereton entered Southview, a narrow lane leading to Hungerford Common, and Ryan emerged suddenly and shot the officer four times. PC Brereton was shot in the arm while in his vehicle and as he made a radio call to warn colleagues he was shot a further three times. A total of 24 bullets entered his car. The officer was posthumously awarded the Queen`s Commendation for Brave Conduct in June 1988. Recordings at Newbury public telephone exchange show that in the 98 minutes between 12.40pm when the exchange recorded the first emergency call of the shootings, and 2.l8pm, a total of 83 `999` calls were routed to Newbury police station and 22 calls to the ambulance and fire services. Ryan`s first victim in Hungerford was shot at about 12.47pm and the last at 1.45pm, a period of 58 minutes On the day of the incident, Ryan had in his legal possession three shotguns, two semi-automatic rifles and a handgun. He used all three of his firearms during his violent acts, firing at least 119 shots in Hungerford  84 from the Kalashnikov, 34 from the Beretta and one from the carbine. In his report, Mr Smith noted that Hungerford, until Ryan`s murderous intervention, had not witnessed the act of murder for 111 years; the previous occasion being in 1876 when two police Officers, an inspector and a constable, were shot and killed by poachers. Its annual crime rate in 1987 was less per annum than the total for tw