A further 25 forces are to benefit from state-of-the art, handheld computers in the latest round of funding announced by Policing Minister Vernon Coaker.

A further 25 forces are to benefit from state-of-the art, handheld computers in the latest round of funding announced by Policing Minister Vernon Coaker.

Total Government funding for phase two  which is focused on supporting the forces that were unfunded in phase one  is £30 million.

The money, including an extra £5 million on top of the £25 million announced in the Policing Green Paper From the Neighbourhood to the National: Policing Our Communities Together, will build on the existing investment to provide a total of 30,000 handheld computers by March 2010. All forces across England, Scotland and Wales will be given a portion of funding to roll-out the mobile information programme (MIP).

The latest allocation of mobile information devices to 25 forces and two agencies is the second phase of a programme to use technology to cut red tape.

Handheld devices save officers up to 30 minutes per shift as they are able to send and receive information while on the beat  meaning less time in the station and more on the streets.

Mr Coaker said: The successes of mobile information devices show how our investment in new technology is making crime-fighting more effective and saving officers time. They are just one element of a range of improvements we are delivering to cut unnecessary bureaucracy, exploit new technologies and enable police officers to spend more time on frontline policing in communities across the country.

The programme is managed by the National Policing Improvement Agency (NPIA) on behalf of the Home Office and the Association of Chief Police Officers (ACPO).

Chief Constable Peter Neyroud, chief executive of the NPIA, said: This is great news for the police service. Phase one forces have shown how mobile computers are critical to a modern police officer. Officers who have access to databases, such as the Police National Computer, command and control and intelligence systems while out on patrol are spending less time returning to the station and more time on the frontline  therefore increasing visibility and reassuring the public.

Phase two of the initiative will build on this success and enable more officers to take advantage of the benefits of mobile devices.

ACPO lead for mobile information and deputy chief constable of British Transport Police Andy Trotter said: This is an excellent example of 21st century technology enabling officers to get back to their traditional role  out on the beat protecting people.

This type of technology streamlines administrative processes and improves intelligence sharing to get officers out from behind their desks and on to the streets. The public wants to see highly visible patrols of officers tackling crime and providing reassurance. I am determined we consider every possible solution to enable us to deliver the type of policing people want.

The new funding is in addition to £50 million provided by the Government earlier this year to deliver 10,000 devices by the end of September 2008 for phase one of the programme. The target was exceeded and there are now over 13,000 handheld computers being used by frontline officers. 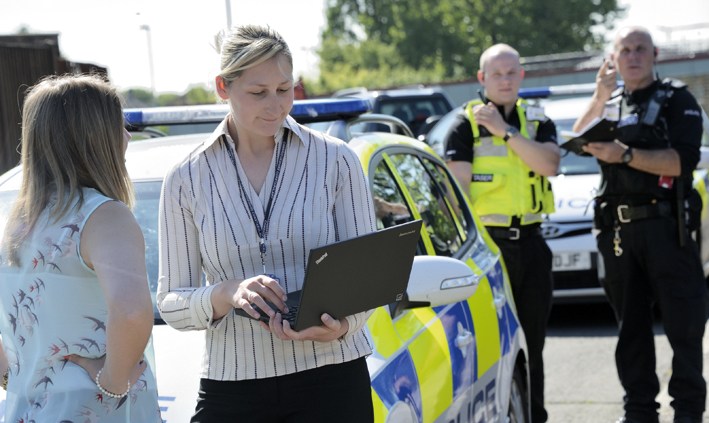