Last year was the worst on record for online child sexual abuse with a three-fold increase in self-generated imagery of children aged seven to ten, according the latest figures from the Internet Watch Foundation (IWF) . 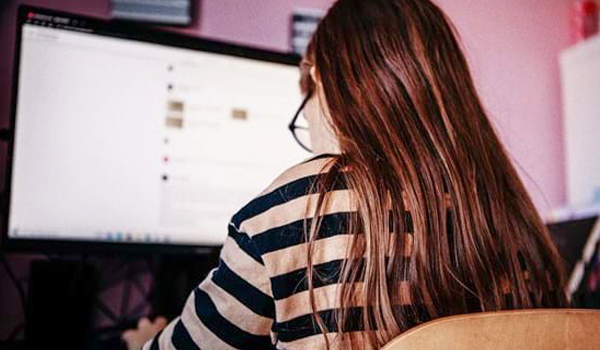 It said lockdowns saw younger and younger children being targeted and groomed “on an industrial scale” by internet predators.

And IWF chief executive Susie Hargreaves OBE warned that devices can be an “open door” for sex predators to access children alone in their bedrooms.

In 2021, the IWF took action against 252,000 URLs that contained images or videos of children being raped and suffering sexual abuse.

In total last year, IWF analysts investigated a record 361,000 reports, including tip-offs from the public, of suspected criminal material – a 21 per cent increase on 2020 figures. This is more than they dealt with in the entire first 15 years of the IWF’s existence when, from 1996 to 2011, they assessed 335,558 reports.

The IWF is now warning parents that internet sex predators are targeting and grooming younger children, with a sharp rise in content showing the abuse of children aged between seven and ten.

Child safety experts say younger children have been relying more and more on the internet during the pandemic, and that spending longer online may be leaving them more vulnerable to communities of criminals who are looking to find and manipulate children into recording their own sexual abuse on camera. The footage is then shared among other criminals on the open internet.

Ms Hargreaves said so-called “self-generated material” involving seven to ten year olds has increased as more, and younger, children are spending more time on the internet as a result of the Covid-19 pandemic.

She said the internet is an important tool for good in children’s lives, but called for more help for parents to spot and understand the dangers.

The IWF said self-generated sexual imagery of children aged seven to ten has increased three-fold making it the fastest growing age group. In 2020 there were 8,000 instances. In 2021 there were 27,000 – a 235 per cent increase.

The IWF says self-generated child sexual abuse content is created using webcams, very often in the child’s own room, and then shared online.

In some cases, children are groomed, deceived or extorted into producing and sharing a sexual image or video of themselves.

Some of these videos contain Category A material – the most severe level of abuse which includes self-penetrative sexual activity, said the IWF.

The Government has launched a new campaign and website – Stop Abuse Together (stopabusetogether.campaign.gov.uk) – to help parents and carers spot the signs of sexual abuse and keep children safe.

Ms Hargreaves said: “Children are being targeted, approached, groomed and abused by criminals on an industrial scale. So often, this sexual abuse is happening in children’s bedrooms in family homes, with parents being wholly unaware of what is being done to their children by strangers with an internet connection.

“We then see how this content is shared repeatedly across many websites, creating a despicable market place for this material. This is what we tackle on a global scale in partnership with internet companies, law enforcement bodies, and other hotlines around the world.

“We have identified criminals that have exploited opportunities to reshare the same images again and again on a large scale by moving hosts and countries.”

She added: “Devices can be an open door into your home, and children can be especially vulnerable to being drawn into these predators’ traps. We know that if parents have one good conversation with their children it can make all the difference, and could be what stops a lifetime of hurt as a result of this grooming.

“Parents need to be supported in knowing how to broach the topic with their children, and to give them the confidence to call out inappropriate behaviour when they see it. We’re pleased to see the Government stepping in to help educate parents, and provide them with ways they can help protect children from this growing problem.”

Sarah Blight, National Crime Agency (NCA) deputy director of the CSA (child sexual abuse) threat, said the IWF’s work to take down child sexual abuse material was “a vital component in the fight against this problem”.

She added: “The rise in reports of abuse imagery to the IWF is concerning and demonstrates the importance of parents and carers having discussions with children about online dangers, which is why NCA-created campaigns such as #AskTheAwkward and Play Like Share are such valuable tools.”

The Government hopes its new campaign, launched today (January 13), will help people learn to spot the signs and have regular conversations with their child which can help keep them safe and know when it is right to reach out for more support.

The campaign will educate parents on the signs to look out for and who to speak to if they feel that something may not be right.

These include children becoming more withdrawn, acting differently, or changes in mood and eating habits.

The Chancellor of the Duchy of Lancaster Steve Barclay said: “The internet is a vital resource for children to learn and socialise with their peers, but this shocking data shows the unacceptable risks that children can face online.

“Our National Cyber Strategy aims to make the UK the safest place to live and work online. Strengthening laws and working across government, law enforcement and internet providers to fight malicious online activity.

“With the new Stop Abuse Together campaign, we will help empower millions of parents to spot the potential signs of child sexual abuse and take action to keep their children safe.

All children have a right to be safe from the abhorrent crime of sexual abuse, and we all have a role to play in keeping them safe. Let’s stop abuse together.”

Safeguarding Minister Rachel Maclean added: “Keeping children safe is one of this Government’s highest priorities and we are committed to doing all we can to combat the increased identification of child sexual abuse online.

“I welcome and fully support this government campaign, which provides vital advice to parents and carers on how to have appropriate conversations with children, spot the signs that a child could be being abused on or offline, and importantly where to go for further support if they have concerns. Let’s stop abuse together.”