Policing scores only an average C mark for efforts to increase the number of black and minority ethnic (BME) officers within its ranks, it is claimed today. 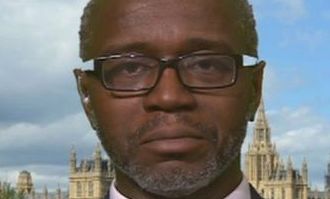 Policing scores only an average C mark for efforts to increase the number of black and minority ethnic (BME) officers within its ranks, it is claimed today. National Black Police Association (NBPA) president Tola Munro said forces needed to do more towards BME recruiting as the organisation looks back on 20 years since its launch. And he warned that the next census  in 2021  will show that we have fallen further behind following the release of latest Home Office data. Figures show 6.3 per cent of police officers in England and Wales are BME, compared with 14 per cent of the population. Among women the percentage of BME officers is even lower. There were 1,863 BME female police officers out of a total of 35,844  just 1.5 per cent of the total compared with seven per cent of the population. In 1999, two per cent of officers in England and Wales were from a BME background, compared with 6.5 per cent of the population. Mr Munro said: This is the 20th year since the Macpherson Report, which was a result of the racist murder of Stephen Lawrence, which was 25 years ago this April. Its also the 20th anniversary of the setting up of the NBPA. I think there has been some progress and Im grateful for the progress and the increasing number of BME officers, but if I was marking policing I would give us a C at the moment. We within the NBPA would argue that we would consider at least some forces are institutionally racist. Some 31 forces have no women BME officers at a rank higher than inspector. North Yorkshire Police does not have a single female officer from the BME community. Mr Munro added: There are some forces whose reputation and culture in regards to their BME officers has been, at the least I would say, very poor and that`s been reflected by one force who have recruited recently and had no BME applicants at all. West Yorkshire Police (WYP), which employs only 58 female BME officers with none ranked higher than inspector, has launched a recruitment drive. Chief Chief Constable Dee Collins said she needs peoples help to deal with the issues collectively, adding: Its no good me just talking about it, I need to meet with people to address those concerns and demonstrate repeatedly that we mean what we say, that we want to change. We definitely want to have a much more inclusive police force. Among the BME workforce at West Yorkshire, Inspector Tanya Wilkins admits she initially received masses of abuse from various sections of the community. The police have still a long way to go breaking down barriers and trying to rule out the negative perception people have of the force, she said. The only way we can do that is get more people like myself out in the community talking to the community, so the community can see the police force is not a white organisation and there are people like them in the force. And Sergeant Najma Akram added: I hope they see a role model in me, and see if they want a career in the police, then they can do it. The Metropolitan Police Service (MPS) heads the table for the forces with the greatest BME representation, followed by the West Midlands, Bedfordshire, Leicestershire and Greater Manchester forces. MPS is the only one in double figures in percentage terms in England and Wales. Those with the lowest representation are the Dyfed-Powys, Cumbria, North Wales and North Yorkshire forces. A Home Office spokesperson said: Police forces are more diverse than ever before, but we are clear that there is more for forces to do. While the Government has set strong expectations that forces increase diversity in policing, we are clear that it is local police leaders working with the College of Policing and the National Police Chiefs Council who are best placed to make this a reality. Shadow Home Secretary Diane Abbott said: We havent made sufficient progress, the government should do more to push this agenda. Its about effective policing and community-based policing and some forces like the Met have sh