Police Scotlands complaints and misconduct scrutiny body is to recruit more staff after its resources were stretched to the limit last year, covering a rising tide of the most serious misconduct referrals at the highest level of policing. 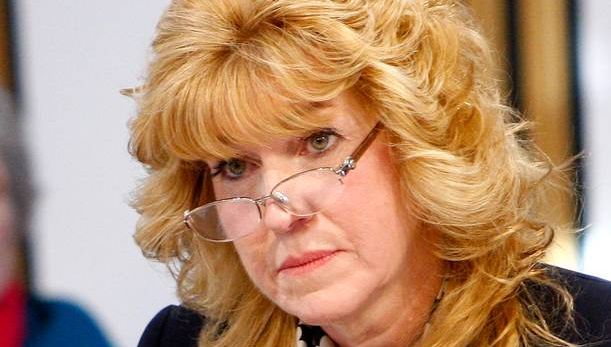 Police Scotlands complaints and misconduct scrutiny body is to recruit more staff after its resources were stretched to the limit last year, covering a rising tide of the most serious misconduct referrals at the highest level of policing. Police Investigations and Review Commissioner (PIRC) Kate Frame has told the Scottish government she welcomes a £1 million increase in her budget in recognition of the acute demands facing staff.? Ms Frame told MSPs a shortage of resources had undoubtedly impacted on the speed of investigations. And she highlighted the considerable rise of top officer referrals from the Scottish Police Authority (SPA). At the end of last month, the Commissioner received a new allegation of gross misconduct about Chief Constable Phil Gormley  the fifth referral about Police Scotlands most senior officer from the force`s governing body in the past six months. All are currently being investigated. In a letter to Margaret Mitchell, convener of Holyroods Justice Committee, Ms Frame reportedly said recruitment would be under way shortly, with additional staff to be in position by the start of the new financial year in April 2018. She said the growth in investigations referred to PIRC in 2016/17 and 2017/18 has made it particularly difficult to deliver our investigation reports as quickly as I would have liked. Ms Frame noted: Throughout 2017, I continued to witness an increase in the scale and complexity of investigations referred to me and a considerable rise in the number of senior officer (ie above the rank of Assistant Chief Constable) misconduct referrals to me by the Scottish Police Authority. Being aware that our resources were already stretched to the limit and as I was extremely concerned about the unsustainability of the situation, I raised this issue on several occasions with our sponsor team at the Scottish Government. The PIRC boasts some 49 employees and currently has about 30 full-time equivalent investigators working on 31 live investigations  some of which have required more than 100 witness statements to be taken. A budget increase of £1,068,000 will meet the current business demands of the PIRC, Ms Frame claimed in the letter. She added: Whilst it is always almost impossible to predict with any degree of certainty how long it will take to complete any investigation, the shortage of resources throughout 2017 has undoubtedly impacted on the speed at which the investigation team has been able to complete its work. I trust that this letter gives you some indication of the acute pressure that staff here have been working under, in order to meet the ever-increasing demand placed on this organisation and provide you with some reassurance that these demands have now been recognised by the latest funding allocation. The PIRC told Police Professional additional staff numbers have yet to be finalised but it is hoped that the increase would allow us to progress investigations more timeously but the situation would be monitored. Scottish Liberal Democrat justice spokesperson Liam McArthur said: While the Scottish Government has now given it a fresh financial package, it is clear that PIRC could have done with this much earlier. PIRC does critical work and SNP ministers must take responsibility for the delay to these cases. Police Scotlands chief constable has had his special leave extended into a sixth month as misconduct investigations continue. The SPA board first considered a request from Mr Gormley for a temporary leave of absence on September 8 last year. This has been reviewed on a four-weekly basis and the latest extension  until February 23  means he will have been away from his role for 24 weeks. The gross misconduct investigations against Mr Gormley have embroiled policing at every level as well as its associated bodies and the Scottish government. Justice Secretary Michael Matheson has come under fire for criticising the SPA over its decision to