Nearly 300 crimes have been recorded by the police since a major investigation into child sexual abuse in Scottish football was launched at the end of last year. 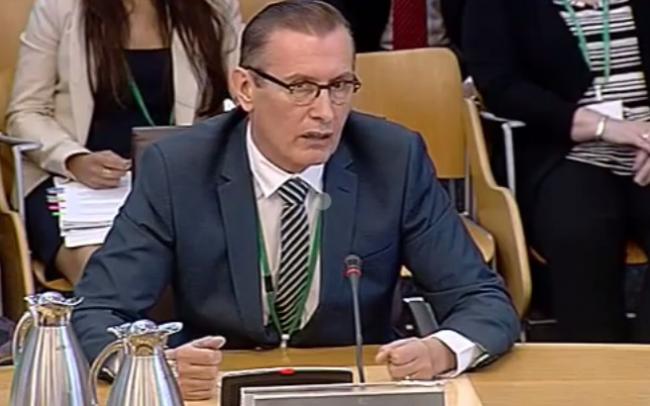 Nearly 300 crimes have been recorded by the police since a major investigation into child sexual abuse in Scottish football was launched at the end of last year. Police Scotland has made 11 arrests after being contacted by 162 people in the wake of the Scottish Football Association (SFA) independent review into reports of historic abuse allegations in the sport. The inquiry, headed up by former Lothian and Borders Police child protection executive officer Martin Henry, was sparked by claims from former players across the UK  including ex-Crewe Alexandra player Andy Woodward  that they were abused by people in positions of authority. Detective Chief Superintendent Lesley Boal, head of public protection at Police Scotland, said investigations were “progressing well”. She said: “Between November 25, 2016 and June 30, 2017, Police Scotland has been contacted directly or indirectly, via the NSPCC and SFA helpline, by 162 individuals wishing to report or provide information about child sexual abuse in football. “In addition, the force has proactively made contact with a number of victims and witnesses. “To date, 11 people have been arrested; more than 150 people have reported being sexually abused as a child within a football club setting and 295 crimes have been recorded.” Det Chief Supt Boal added: “Many people came forward last year after Andy Woodward bravely waived his right to anonymity. Others have come forward since then and continue to do so. She said the forces categoric assurance to anyone who has not felt able to report so far is you are absolutely not alone, adding: We will listen; we will investigate regardless of where or when the abuse occurred and we will take prompt action to ensure that no-one else is at risk of harm. The paramount brief for independent review lead Mr Henry is to discover whether or not, and to what extent, the SFA was aware of the matters now coming to light. Mr Henry, with more than 40 years clinical and forensic experience in the field of child and public protection, has also been a visiting lecturer and consultant at the Scottish Police College and a safeguarding adviser to the Catholic Archdiocese of St Andrew`s and Edinburgh.