1,000 acid response kits issued as calls made to regulate supply

Leading businesses have agreed to a voluntary sales ban of household corrosive cleaning products to under 18s in response to the surge in acid attacks on the UK`s streets. 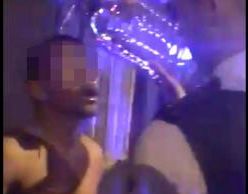 Leading businesses have agreed to a voluntary sales ban of household corrosive cleaning products to under 18s in response to the surge in acid attacks on the UK`s streets. And regulating the supply of concentrated acids to registered-only business could be a first step in a “layered” approach  ahead of any “innovative” legislative changes. Led by the Metropolitan Police Service (MPS) in conjunction with the Home Office, health professionals and the British Retail Consortium (BRC), the body of like minds says it wants to balance the issue in terms of “severity” of the problem against “domestic need”. Last year there were 455 acid attacks reported to the MPS  up from 261 and a rise of 74 per cent on 2015  with most victims and offenders aged between 16 and 29. Some 20 people were convicted of offences but more than a third of perpetrators were never caught. Between January and April this year alone there have been 114 attacks in the capital. Anecdotal evidence from youth offending teams also shows the number of occurrences is on increase as criminals are notably switching their attentions from knife offences  following the `two strike-rule`  to acid attacks, which are “more difficult to detect, prove and convict”, says the MPS. “We are good when it comes to offences whereby victims have been injured because this could be charged as a GBH; but we need to look at the issue of acid being an offensive weapon in itself with more innovative legislation changes,” added a spokesperson. The MPS told Police Professional: “We want to make it difficult for people to walk out of the door with these substances; and to stop them from even thinking about carrying them at all. “These incidents have a life-changing effect on victims. While the volume may be less than knife and gun crime; the injuries are horrific. This clearly needs to be a multi-agency approach.” As part of the multi-agency approach, MPS officers are being given 1,000 emergency acid response kits to counter the rapid increase in attacks on London`s streets. Response cars across the capital are being supplied with five litre bottles of water to give victims of acid attacks vital immediate treatment on the scene. Response officers will also receive protective equipment and medical advice on how to treat injured victims. A trial scheme in east London will allow officers to safely test liquids that criminals often carry in innocent looking soft drink bottles in a stop and search operation. In addition, London Fire Brigade is now responding with the MPS to emergency calls where victims have been attacked with a corrosive liquid because they carry large volumes of water  the most effective way of dealing with acid injuries. Acting Detective Superintendent Mike West, MPS lead for corrosive based crime, said: We are liaising closely with the London Fire Brigade, the ambulance service, the Home Office and hospitals as to how to deal with this issue. We are all tuned in to this and determined to tackle it. He also revealed that some “big companies” who produce acid based products had contacted the MPS to ask what measures they could voluntarily bring in to reduce the availability of the liquids. The MPS and other forces are now talking to the Home Office and other agencies about new measures to tackle the issue, he added. Det Supt West said substances used in attacks ranged from ordinary household sink cleaner and drain cleaners to almost pure sulphuric acid which can be ordered online without checks. Now plans are in hand to ban household-type corrosive cleaners for sale to under 18s and regulate more concentrated acids so only registered businesses can buy them. He added that education will play a key role in the future with children being given direct messages showing the impact that acid has on victims. I am confident that we are stepping up our response to this crime and we are looking for a safer way to identify some of the substances on the streets,” he added. So you might be walking do