A woman who accused a detective she had never met before of raping her has been sent to prison for 27 months. 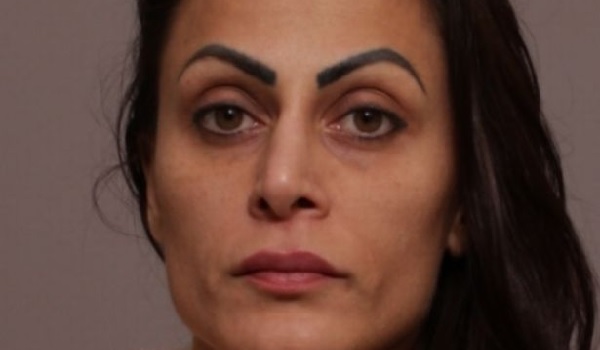 A woman who accused a detective she had never met before of raping her has been sent to prison for 27 months. Halina Khan, 40, pleaded guilty to attempting to pervert the course of justice last November by making a false rape claim. The detective constable was under investigation for five weeks, incurring forensic science costs of more than £10,000. He also had to take six months off work after the claim left him with depression and anxiety. Prosecuting, Almas Ben-Ariba told Leicester Crown Court the false allegation came after Khan made a call to Leicestershire Police at 8am on November 3, 2016, claiming her partner had taken her car without permission. As two officers arrived at the Regency Hotel in Leicester, the defendant struggled to open the door of her room, so staff facilitated access. Khan said she was an escort, and that a client had taken her vehicle. She pointed to a red mark on the floor, implying the client had been hurt. The officers attempted to arrest Khan on suspicion of causing injury, but she resisted and began shouting racist abuse at a female Sikh officer and a white male officer. She then shouted out the rape claim and named the detective  who was not present  as having raped her the previous night at the hotel. However, Khan later told officers at the police station: I made it up, there, I made it up. Despite this, she would not make a statement nor sign an officers notebook confirming her allegation was untrue, so the force had no alternative but to investigate the claim. Khan used the innocent detectives name because he was one of the officers in an earlier drugs investigation involving her second ex-husband in 2011, the court was told. The innocent officer was at home with his wife and son when his colleagues went to his home at night to inform him of the complaint. In a victim statement he said the allegation caused immense strain in his marriage and he was off work for six months with depression and anxiety. I cant explain why it affected me as it did, he added. If I hadnt been able to prove my innocence, Id have lost my liberty. Sentencing Khan, Judge Bobbie Cheema-Grubb said she had committed a wicked crime which had serious consequences for the officer and his family. Im told youre remorseful, although theres no evidence of that other than your guilty pleas, she added. Rape is a profoundly hideous crime which all should find repulsive. A Leicestershire Police spokesperson said: Rape is an extremely serious crime. Whenever someone reports such an offence we conduct a thorough investigation, as the public would expect, searching for as much evidence as is available. In this case, that investigation suggested that Khan had lied about what had happened, and that no such crime had ever taken place. Making a false allegation of rape is extremely serious, even more so when made against a police officer whose role it is to protect society from harm, and Khan will now face the consequences of her malicious and harmful allegation with a term of imprisonment.