Vulnerability must become the golden thread running through all areas of policing if the service is to cope with future demand, according to the national lead for child protection. 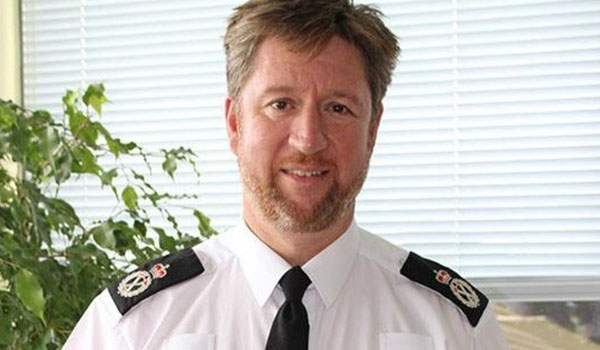 Vulnerability must become the golden thread running through all areas of policing if the service is to cope with future demand, according to the national lead for child protection. Siloed approaches to vulnerability that ignore its clear links to other crimes have left officers over-stretched and under-resourced, according to Chief Constable Simon Bailey. He claimed the landscape is becoming more organised through the involvement of gangs, and suggested policing may not be able to manage rising demand without a whole system that focuses on early intervention. Mr Bailey also raised concerns about how emerging technologies could facilitate new forms of abuse, warning that the service needs to understand how they are used if it is to keep victims safe. He said: If we are going to cope with the demand it has got to become a whole system approach. We have to start thinking about prevention and early intervention. We have to start stopping abuse before it actually happens. We have to break down cultural barriers that exist both within society and within the services that should be there to safeguard children. We need to make sure we have got the right workforce, because if you dont have a workforce that understands this and is able to deal with the complexity of abuse then we are going to let our victims down. On Tuesday (September 5), the Police Superintendents Association of England and Wales conference heard from Vice President Paul Griffiths that the service is facing a vulnerability crisis with more demand than it can manage. The Child Exploitation Online Protection Centre (CEOP) now receives 4,000 referrals a month, a rise of 3,700 from just three years ago. Meanwhile, officers are expected to deal with an estimated 13,000 modern slavery cases a year and an 80 per cent rise in reports of child abuse  with the smallest workforce since 1985. Mr Bailey said many of these victims will also have been involved in other offences as the service is increasingly seeing crossovers between modern slavery, county line gangs and child sexual exploitation. He added that technology is being used in a way we never even envisaged, such as live-streaming sexual abuse of children for money. In particular, he raised concerns about the potential for virtual reality simulations of child sex abuse, as well as the increasingly likely development of child-like sex robots. To address the rising demand Mr Bailey asked officers investigating vulnerability-related offences to consider other problems faced by the victim. He also highlighted the importance of improved partnership and cross-boundary working to prevent more abuse at an early stage. The National Police Chiefs Council has recently agreed a National Vulnerability Action Plan (NVAP) that will streamline the various strategies for responding to crimes like child abuse and domestic violence. The NVAP, currently being discussed with Her Majestys Inspectorate of Constabulary and Fire and Rescue Services, is intended to ease the pressure on force vulnerability leads being asked to deliver multiple different strategies. Mr Bailey has also called on technology companies to do more to prevent their products being exploited to facilitate abuse. Unless we get our heads around the way technology is being used and we make it very clear to the companies that are providing infrastructure, software and systems that allow technology to be used to perpetuate abuse, then from my perspective they are simply failing in their social and moral responsibility, he said. It cannot be our responsibility to police the internet. It has to be the responsibility of those service providers to do so much more to prevent the abuse taking place in the first place. Yes we have a role, but ultimately so much can be done to prevent the abuse happening in the first place.