We cannot let ourselves be complacent: campaign urges police vigilance against terror

Officers and staff are being urged to Stay Alert to the threat of terror attacks on police personnel through a new national initiative. 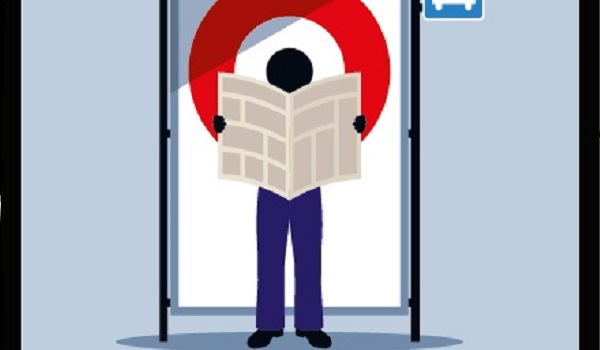 Officers and staff are being urged to Stay Alert to the threat of terror attacks on police personnel through a new national initiative. The Stay Alert campaign asks officers to remember simple security steps such as locking police premises and challenging people who are not wearing ID passes. The initiative, developed by the Metropolitan Police Service and CT Policing HQ, marks the latest development in the Action Counters Terrorism plan that has so far mainly focused on the public. The National Police Chiefs Council denied that it has been launched as a result of any specific intelligence and instead reflects the heightened threat from terror facing the UK. It comes after Police Constable Keith Palmer was killed in the Westminster terror attack in March this year. Deputy Assistant Commissioner Lucy DOrsi, national lead for protective security, said: If we are asking the public to Stay Alert we must be on top of our own game when it comes to security. Across Europe and beyond police personnel are being targeted by terrorists. And just a few months ago we tragically lost one of our own colleagues in an attack outside Parliament. Our messages are simple and direct: dont leave police premises doors open, wear and check ID passes, tighten your social media security settings. These might all sound obvious but in the face of the current threat we cannot let ourselves be complacent. Four terror attacks have struck the UK since PC Palmer died trying to end Khalid Masoods rampage earlier this year. None have deliberately targeted police officers, although Cheshire Police officer Elaine McIver died in the Manchester Arena bombing in May. Another two PCs, Wayne Marques and Charlie Guenigault, were injured in the attack at London Bridge. The national threat level in England and Wales is currently at severe, meaning another attack is highly likely. Other incidents have seen officers across Europe targeted by terrorists allegedly acting on behalf of groups such as Daesh. In June, a car containing weapons and gas bottles was deliberately driven at a French police vehicle. The driver died during the incident but no-one else was injured. That same month, an assailant armed with knives and a hammer was shot outside Notre-Dame after attacking a police officer. Another two police officers were hurt in August when a vehicle was driven at pedestrians in Barcelonas Las Ramblas shopping street. The CT HQ has asked all police organisations, including the Police Federation of England and Wales (PFEW) and the College of Policing, to place the new initiative at the top of their agenda. PFEW terrorism spokesperson Simon Kempton said the campaign is a timely reminder of the responsibility all officers have for protecting their workplaces and colleagues. He added: We know that there have been specific risks to police officers and we face an unprecedented threat at this time, a fact brought home most starkly with the murder of our colleague Keith Palmer in March. The Stay Alert campaign is a chance for us all to protect ourselves as we in turn protect the public from the threat of terrorism.