We cant carry on emergency message over soaring 999 calls

Rank-and-file policing is literally on its knees trying to keep the public safe with the lowest number of officers for more than 30 years as emergency calls spiral to record highs. 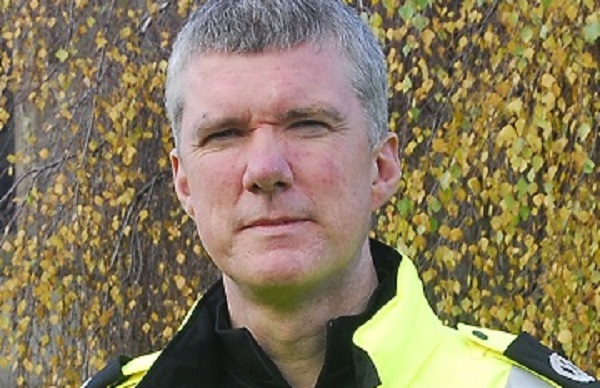 Rank-and-file policing is literally on its knees trying to keep the public safe with the lowest number of officers for more than 30 years as emergency calls spiral to record highs. Officers health and welfare are falling victim to operational demands as Englands largest forces took more 999 calls than ever before last month  with the big cities busier than they are on New Years Eve. Chief officers and the Police Federation of England and Wales (PFEW) have united to express their concerns that unprecedented surges in demand  exacerbated by four UK terror attacks  are playing havoc with staff well-being. The under-strain service, down nearly 21,000 in number since 2010, is having to work longer shifts and abandon rest days against a backdrop of huge recorded rises in knife and gun crime. The National Police Chiefs Council (NPCC) asked forces to compile their latest figures on 999 call volumes and crime rates after fears emerged that demand was soaring. The data revealed an 11 per cent rise in emergency calls on last year with volumes in May and June hitting levels not previously experienced. Forces covering London, Birmingham, Manchester and the East Midlands had their highest-ever 999 call volumes last month. PFEW chair Steve White warned that his members simply cannot keep going on as before, citing last weeks Home Office figures showing another 985 officers lost to the service over the past year. In the last seven years numbers of officers in the service have plummeted  from 143,734 in 2010 to 124,066 last year. The latest statistic is 123,142 for March 2017  the lowest total since 1985. Yet he points out that crime is soaring  with knife offences up 20 per cent to their highest in seven years  alongside a 23 per cent increase in gun crime. And thats not taking into account the recent terror attacks, added Mr White. Our members are literally on their knees trying to keep the public safe  forces are trying to meet demand with the lowest number of police officers since 1985. Rest days are being cancelled because of operational need and all this is playing havoc with officers health and welfare. But now weve further evidence that demand is still rising, literally through the roof. These figures paint an extremely worrying picture and are yet further evidence, if any was needed, that policing has reached crisis point. The PFEW chairs words are echoed by Chief Constable Simon Edens, the NPCC lead on performance management who added worryingly: Chiefs have been concerned about a sense of a surge in demand and pressure on our officers and staff in the last few months with four terror attacks, on top of a longer term increase in the complexity of police work. He said more work needs to be done with the College of Policing to ensure the data is reliable and comparable and then analyse what it tells us. Other measures need to be reviewed, he said, including the numbers of staff absent through mental ill health or demand from non-crime like dealing with missing people or people in crisis. Mr Edens added: There are challenges in getting an accurate picture because of differences between forces and the recording practices, and the difficulties in establishing cause and effect. But we hope this analysis will help us and the Home Office better understand the demand on policing across the country. Big city forces feeling the squeeze include West Midlands Police where it took more than 65,000 emergency calls in May and figures reached a peak on June 18 with 2,816 calls to 999  far more than the 1,749 received on December 31. Chief Superintendent Sally Bourner said: Call demand is at unprecedented highs – and on both June 17 and 18 we took more calls than on New Years Eve, which is traditionally our busiest day. Leicestershire Constabulary took 10,000 more calls between April and June than in the same period last year, creating what Chief Constable Simon Cole called a huge challenge for the control room team. G