Hundreds of officers are set to converge on Staffordshire in a national cycle ride to remember fallen colleagues. 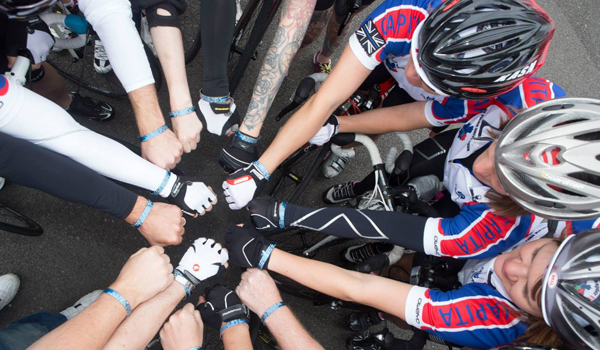 Hundreds of officers are set to converge on Staffordshire in a national cycle ride to remember fallen colleagues. The UK Police Unity Tour set off on Friday (July 28) with more than 250 officers from across the UK heading for the National Memorial Arboretum. The cyclists are raising money for the charity Care of Police Survivors (COPS) and are wearing wristbands commemorating fellow officers killed in the line of duty. They are expected to reach the Arboretum on Sunday (July 30) for a memorial service attended by the families of those officers and chief constables from across the country. In London, Metropolitan Police Service Commissioner Cressida Dick attended a send-off ceremony at the Mall to remember officers including PC Keith Palmer, who died protecting the Palace of Westminster in March. This years participants include Chief Constable Iain Spittal of Cleveland Police, who is taking part in the tour for the second time and has raised more than £600. Humberside Polices Chief Constable Lee Freeman is also joining the North East cyclists as they make approximately 115-mile journey from York. Police Scotland officers will cycle more than 300 miles from the Police College at Tulliallan. The South Wales cycling chapter has raised nearly £4,000 for COPS as they cycle 200 miles from Brecon to Staffordshhire. The first UK Police Unity Tour was held in 2013 and was inspired by an initiative that first took place in the US. It started in 1997 with 18 members and has grown to the point that 2,500 officers now take part every May. The US tour has so far raised around $23 million for charity.