Top-slicing game of funding goes against spirit of PCCs

Funding arrangements that take money from all forces to benefit a few stop them providing an effective service across the country, according to Lincolnshires police and crime commissioner (PCC). 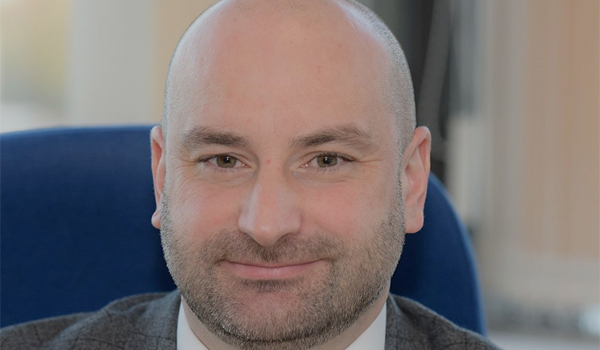 Funding arrangements that take money from all forces to benefit a few stop them providing an effective service across the country, according to Lincolnshires police and crime commissioner (PCC). Marc Jones believes the current funding system unnecessarily creates winners and losers and prevents some PCCs delivering the policing their local population demands. This element of money  most notably delivered through the Police Transformation Fund  is subject to bids from forces either individually or collaboratively and is expected to grow to £175 million this year. With budget allocations left in limbo by the possible scrapping of the allocation formula review, Mr Jones claims top-slicing in this manner hits forces that lose out under the current flawed formula the hardest. The Conservative PCC told Police Professional: I do believe the Government should play a role in encouraging all forces and PCCs to seek innovative ways to transform and improve services. But I remain to be convinced that the current system is truly reflective of the original concept of PCCs being able to deliver the policing their local population demands. There will always be winners and losers in this top slicing game and I dont believe there should be either. A postcode lottery for victims services based on a round of bidding is simply not a way to deliver countrywide effective services to those in need of support. Recent winners of the Police Transformation Fund include Nottinghamshire Police, which was given more than £1 million last November for a business crime reduction hub. West Midlands Police was also given £2 million for a partnership approach to building a data platform, and Dorset Police received £5.95 million to lead a project to transform biometrics. According to Mr Jones, top-sliced funds most seriously impact forces that are already disadvantaged by the Police Allocation Formula. Lincolnshire Police currently receives the third lowest funding per head of population of all forces in England and Wales at £88 per person. In contrast, its neighbours in Humberside and Nottinghamshire receive £132 and £119 respectively. Norfolk, a county with a similar make-up to Lincolnshire, receives 12.5 per cent more money per resident. Meanwhile, Lincolnshire Police faces a £3 million hole in its budget next year that will likely rise to £6 million by 2019/20. Around £4 million has already been spent from reserves to protect local services but this source is running low, Mr Jones adds. His views on top slicing are shared by Dame Vera Baird QC, chair of the Association of Police and Crime Commissioners, who said: Police funding needs to be primarily focused on local areas with PCCs providing the central accountability to the communities they serve. The current system, in which some funds are top-sliced from cash-strapped local police budgets, then administered via a central pot which requires PCCs to make bids, is not ideal. However, any innovation funded in that way is still to be welcomed but we need to ensure that there is always coherence between the aims of these projects and local policing and crime plans. Chief Constable Dave Thompson, the national police lead for finance and resources, told Police Professional this week that he wants the Government to return some of the Police Transformation Fund to forces core grant. One option PCCs have to raise more money is consulting the public on raising the council tax precept by more than two per cent  but doing so requires a costly referendum. Mr Jones said this system effectively traps PCCs in a funding cage as they are unable to get much-needed funding without spending even more on a vote they may lose. He also warned of the potential impact of removing the one per cent annual public sector pay cap without extra funding being provided in the expected overhaul of the funding formula. Reform to the allocation formula in 2015 was cancelled