System is failing as poor training leads to disclosure mistakes

A basic lack of knowledge of disclosure of evidence laws is wasting time in volume Crown Court cases, according to HM Crown Prosecution Service Inspectorate (HMCPSI). 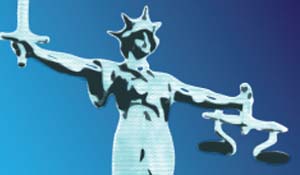 A basic lack of knowledge of disclosure of evidence laws is wasting time in volume Crown Court cases, according to HM Crown Prosecution Service Inspectorate (HMCPSI). Officers are failing to properly explain unused items of evidence to prosecutors and rarely pass on material that may assist the defence, HM Chief Inspector Kevin McGinty found. Neither police nor the Crown Prosecution Service (CPS) are effectively managing sensitive material. The findings, published in a report on Tuesday (July 18), show these failings have manifested because poor College of Policing guidance has led to most forces not providing adequate training. Tellingly, the Old Bailey was the only court examined that did not report issues with disclosure  as it almost exclusively deals with the most serious crimes overseen by specially trained officers. Mr McGinty told Police Professional: There is nothing in this report that will come as a surprise to anyone who has any dealings with the criminal justice system because these problems have existed for years. The police and prosecution have taken a grip on serious and complex crimes but they know the system is failing in volume Crown Court cases, and they have done for a very long time. Where the damage really lies is in terms of the wasted time that is taken in court hearings to try and resolve issues of disclosure that should have been resolved at a much earlier stage. Quite often, it is left until the day of trial for the counsel for the prosecution and the defence to sort out amongst themselves the best they can do to allow the trial to go ahead. More than half of the 146 Crown Court case files examined by HMCPSI contained obvious disclosure issues prior to charging. These problems were not addressed at all in 38 per cent of cases, causing some to reach trial when they should have been discontinued. Particular problems were found with how officers create lists of unused evidence for prosecutors; just 19 per cent of non-sensitive schedules fully complied with guidelines and 22 per cent were wholly inadequate. Most of these failings related to poor descriptions of items, as HMCPSI found officers expressed a basic lack of knowledge regarding the need to explain each one to prosecutors. More than a fifth of schedules were missing items of unused material that should have been included. The report also found officers do not understand what constitutes sensitive material. However, prosecutors are failing to challenge these errors as they feel the quality of material coming from the police is so poor that sending each one back would cause significant delays. HMCPSI believes many of these failings could be resolved by updating training and improving communication between the two parties. It claims current College of Policing training on disclosure is inadequate, and the basic online training package on offer is confusing and poorly detailed. While the college has recently released a video-graphic aiming to improve understanding of disclosure processes, little other training is available. Officers told HMCPSI that this has led to a lack of knowledge on disclosure and that they lack confidence in their responsibilities. Some forces, including West Mercia Police and West Midlands Police, have devised their own bespoke courses. Mr McGinty said this is commendable but believes it risks duplication of effort and creates the potential for inaccuracy and inconsistency. In some cases, forces have hired experts to provide training which later proved flawed, leading to confusion among officers. To address these issues the report recommends that the College of Policing improve its guidance on disclosure training within the next 12 months. Forces have also been told to improve their supervision of case files and create dedicated disclosure champions. Rachel Tuffin, director at the College of Policing, believes recent updates to its disclosure training have not been fully reflected by HMCPSI. She said: We