Two men have been sent to prison after they were found to have bought more than 50 revolvers and 1,600 rounds of ammunition via the dark web and redistributed them across the UK. 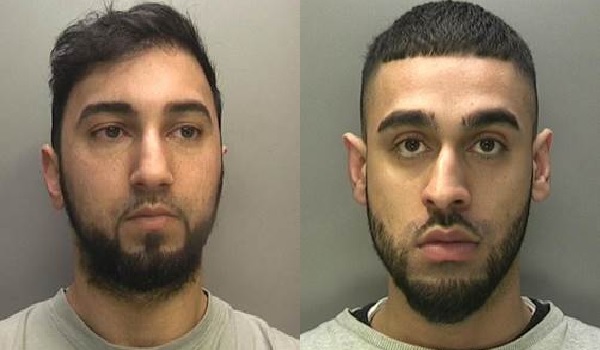 Two men have been sent to prison after they were found to have bought more than 50 revolvers and 1,600 rounds of ammunition via the dark web and redistributed them across the UK. Umair Khan, 29, went by the online username cheeko412 to buy explosives, ammunition and weapons between August 2014 and February 2017. Officers from the National Crime Agency (NCA) and the Metropolitan Police Services Organised Crime Partnership (OCP) arrested Khan on February 20 after a hand grenade he had ordered to an address in Birmingham was intercepted. The contents of the package were replaced with a non-explosive substitute and sent on its way. His associate Nazim Hussain, 27, was arrested the next day. The NCA has linked the pair with the distribution of 50 revolvers, but it believes the number could be much higher. Investigators found Khan has been buying large quantities of custom-made ammunition from the dark web for antique revolvers and weapons he had purchased from legitimate firearms dealers and auction houses across the country. He arranged for the ammunition to be imported into the UK from an armourer and a manufacturer on the dark web, which was then concealed within postal parcels and sent from Sweden in vehicle concealments. He was also found to have traded a number of stun guns. Khan then sold the firearms and ammunition to organised crime groups across the UK. One of the weapons he sold was found in the possession of a class A drug dealer during a West Midlands Police investigation. Hussain was responsible for managing the dark web deliveries to multiple addresses across Birmingham before they were passed onto Khan. Khan and Hussain were sentenced to 22 years and nine years in prison respectively at Birmingham Crown Court. Judge Annabel Carr described them as being in the premier league of firearms suppliers. Spencer Barnett, a senior investigator from the NCA believes there are currently a number of illegal weapons in circulation by Khan and Hussain, and encouraged people to surrender any weapons or ammunition they should not be in possession of to avoid criminal prosecution. Khan set himself up as an armourer for organised crime groups and had no thought for where or how the weapons would be used, he added. Although we have been able to link 50 revolvers to him, I believe he is linked to many more and we are looking into his wider criminal activities with support from West Midlands Police and the West Midlands Regional Organised Crime Unit. The dark web is a distribution channel for the purchase and onward supply of illegal firearms in the UK, as well as in many European countries and the USA. We use a variety of traditional and innovative techniques to target and tackle criminals who use the dark web to conduct their business. Working with partners, we want the dark web to be a less attractive place for criminals to operate. This, and bringing offenders to justice regardless of how secure they feel hiding behind technology, is part of our wider strategy to tackle online marketplaces.