Plodcasts will get the message across

Hampshire Constabulary has a new hi-tech tactic to help speak directly to the communities of Hampshire and the Isle of Wight. The force has just launched its first podcast, aptly renamed the Plodcast.

Hampshire Constabulary has a new hi-tech tactic to help speak directly to the communities of Hampshire and the Isle of Wight. The force has just launched its first podcast, aptly renamed the Plodcast.

The Plodcast is similar to a short radio programme that can be heard on demand on a computer. The Plodcast can also be downloaded onto an MP3 player.

The force hopes to use the Plodcasts as another way of giving advice and updates about local policing work.

The first Plodcast features Ian Sainsbury, a former radio journalist, who currently works for the constabulary as the media and corporate communications manager in the Portsmouth operational command Unit.

In the Plodcast, Mr Sainsbury looks at the setting up of the new Smartwater zone in Portsmouth. The Smartwater zone was establised just over a week ago as part of Portsmouths crackdown on burglaries. Smartwater is special water with DNA-like properties, which makes anything marked with it easy to trace. It is almost impossible to remove and will show up under ultra-violet light.

Chief Inspector Tim Ashman, who leads Hampshire Constabularys Safer Neighbourhoods coordination team, said: The aims of Safer Neighbourhoods go much further than simply knowing who is on your local team. We have to provide feedback to you on what those teams, and their colleagues in other parts of the force, are doing to address your issues, creating neighbourhoods that are safe, and feel safe.

The Plodcast gives us a new way of keeping the communities informed about our work, and will help us reach those people who prefer to get their news and information electronically, rather than through more traditional methods. 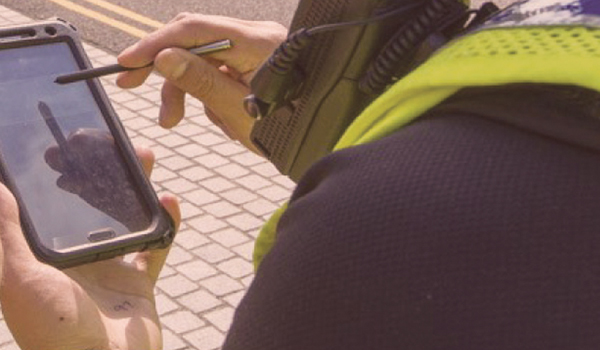