The Digital Policing Portfolio has set out a vision of digital transformation that will radically transform how police forces do their work. 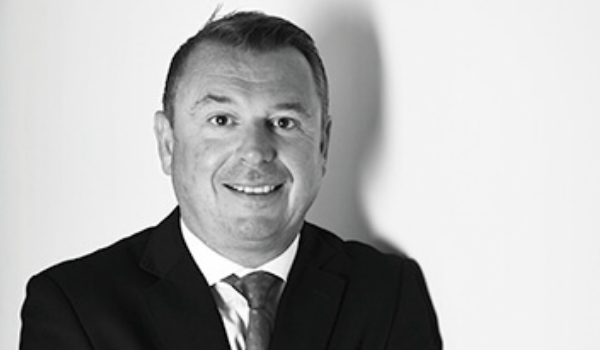 The Digital Policing Portfolio has set out a vision of digital transformation that will radically transform how police forces do their work. Were at a pivotal moment in how we treat digital evidence, explained Ian Blackhurst, executive director for public safety and health at Northgate Public Services. The amount and type of evidence we have is quickly growing, but were only sharing a small amount across the forces, and these are largely just images. The result is silod information, lack of evidence and  undoubtedly  failures of justice, because we lack a national strategy. Despite this, Mr Blackhurst says there has never been more investment in the field: To my knowledge, every force in the UK is currently creating strategies and appointing digital evidence leads. More than this, theyre creating the technologies that will enable them to cope with huge variety and size of information available to them, be it via CCTV, social media, photography, body-worn camera and so on. In itself this is a good thing. The volume of digital evidence is only going to increase, and media is only going to proliferate  far better to be in front of the issue before storage and IT becomes unmanageable. However, Mr Blackhurst says what is lacking is the ability to join up the evidence outside of borders or across force digital stores. The various forces and teams are largely working away individually, creating silod information that can be accessed only by the originating team, force or at best within a region  in some cases there are multiple silos within the force itself, he explained. Sometimes officers often need to travel to a certain location or certain computers to access the files, rather than via a mobile device. This is reverting to pre-internet days, where information was stored in an old-fashioned library but not put back online, and ensuring they can only be accessed in person. Worse than that, even the existence of digital evidence is often unknown outside a particular force or department, leaving the others without key information when it comes to their own investigations. Mr Blackhurst acknowledges that there is a need to be extremely careful and firewall some evidence, with sexual offences involving children or other vulnerable people clearly needing to be safeguarded. But denying other forces the very knowledge that such evidence exists is unlikely to be helpful, he said. The chances are it will lead to miscarriages of justice, even the failure to start an investigation if the evidence is deemed weak. It is something that has been evident from the rollout of Northgates Connect software platform  used by a number forces making up the Athena multi-force collaboration  said Mr Blackhurst. Designed to share information between forces and stakeholders from disparate silos, the platform ultimately creates massive efficiency benefits by bringing everything together  including evidence. Im not arguing for some national digital evidence storage system  theres nothing wrong with storing data locally, said Mr Blackhurst. But knowledge of its existence should be accessible nationally. Ideally, that would include being able to examine video footage stored on a distant server, he said. If we decide as a nation that its right for the UK, we could extend the system to include facial recognition software. This would create the basis of an effective, national, digital evidence system that would vastly enhance the ability to serve justice, while making it more difficult for terrorists and other suspects to hide, said Mr Blackhurst. At the moment, streaming video outside of an individual force without some restrictions is probably a bridge too far. The speed and capacity of individual forces IT varies too widely to make this reliable. The day is coming when bandwidth wont be an issue, however  and even before that there are still some very large wins to be had by building a national system. There are IT systems that can make that happen, and I bel