A police dog is recovering from serious injuries after being stabbed while attending a report of concern for the welfare of his attacker. 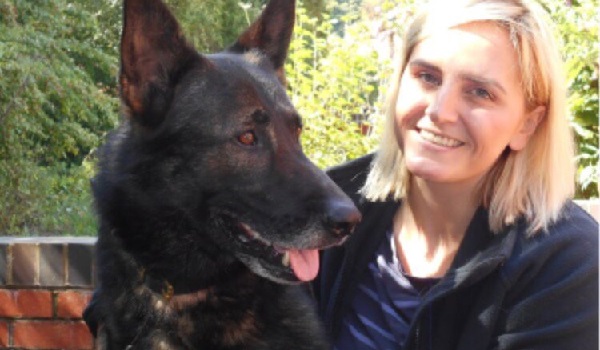 A police dog is recovering from serious injuries after being stabbed while attending a report of concern for the welfare of his attacker. At around 8.10am on Monday (August 21), West Mercia Police was called to a home on Tasley Close, Bridgnorth, following concerns that a man at the address was going to harm himself. Officers forced entry to the address, and while in the property, PD Canto  a German Shepherd  was stabbed with a knife. A Taser was deployed and the man was detained under the Mental Health Act. Superintendent Tom Harding said: “Five-and-a-half year old Canto has since had surgery and we are pleased to say he was able to return home with his handler later in the evening. “He is now on strict rest while he recovers from his injuries. “Our police dogs are a much loved and vital part of our team and we will look forward to welcoming Canto back on duty when he is fit and well.” West Mercia police and crime commissioner, John Campion, said: This is a stark reminder of the dangers faced by those working to keep us safe on a daily basis, specifically in this case our highly trained and much loved police dogs. Im pleased to hear about the positive progress PD Canto has made since his injury. My thoughts and best wishes are with him and his handler for a quick and full recovery. In June, a teenager who stabbed PC Dave Wardell and PD Finn, of Hertfordshire Constabulary, received just four months in detention. The youth  who cannot be named for legal reasons  pleaded guilty to possession of a knife and imitation firearm, causing actual bodily harm and criminal damage to PD Finn. The event sparked a national campaign  dubbed Finns law  to create a new offence so people who injure police animals can be charged with more serious crimes than criminal damage.