The future of emergency communications was showcased in Finland recently with the first demonstration of the capability of 4G/LTE (long-term evolution) networks to support critical level connectivity for public safety. 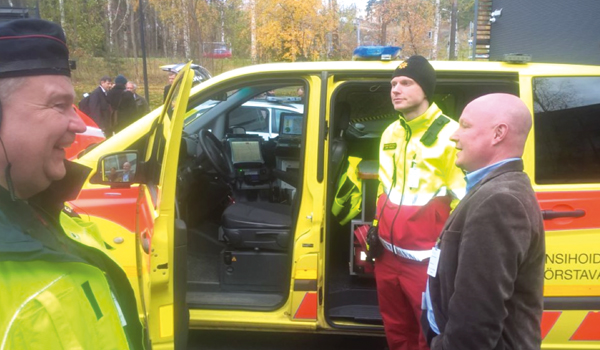 The future of emergency communications was showcased in Finland recently with the first demonstration of the capability of 4G/LTE (long-term evolution) networks to support critical level connectivity for public safety. It showed how established Tetra (terrestrial trunked radio) communications  as used by the existing Airwave public safety network in the UK  can be complemented with new critical broadband capabilities. One example was the capability to enable any commercial 4G/LTE network to support critical level connectivity for public safety through local control functionality, which offers guaranteed service level to first responders. In Finland, a hybrid approach to the shared VIRVE nationwide public safety Tetra network enables the authorities to utilise available commercial broadband data services as part of their daily operations. The demonstration in Finland was part of a summit by the TCCA Critical Communications Broadband Group, which leads the global development and promotion of standardised emergency communications solutions. Six Finnish public safety organisations and 15 solutions provider companies took part to demonstrate their success-in-cooperation based way of working, which they say harvests trust between the agencies and critical communications services and applications. Jarmo Vinkvist, chief executive officer at Suomen Virveverkko Oy, which provides communications and network services, said mutual trust was the foundation for successful cooperation, which enables joint innovation to provide better and more efficient tools for the critical communication operatives in the field. The UKs new Emergency Services Network, due to go live in early 2020, is being provided by EE utilising its 4G LTE national network to give next generation broadband voice and data services to all emergency services. However, the Public Accounts Committee has concerns over the ambitious target date and contingency arrangements to manage the risk should an extended transition period be required, as seems likely. Some critics say the UK should follow the example of Finland and its Scandinavian neighbours Norway and Sweden by adopting their hybrid approach  migrating from Tetra to a future mission-critical broadband solution over a longer period, enhancing the existing network for closer integration with the new higher-speed data services until the mission-critical broadband standardisation process has been completed.