Health and justice support for vulnerable

Vulnerable people who have no place in a custody cell are to receive the right support, in the right place, at the right time as part of a new fully-integrated health and diversion service that has been launched in Greater Manchester. 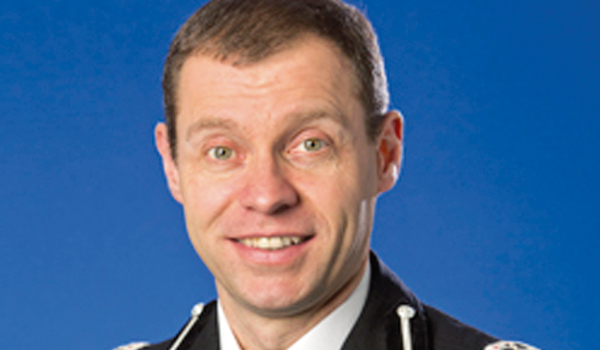 Vulnerable people who have no place in a custody cell are to receive the right support, in the right place, at the right time as part of a new fully-integrated health and diversion service that has been launched in Greater Manchester. At set points within the criminal justice system  in police custody, at court, or when preparing to return to the community  detainees are assessed by liaison and diversion staff, and vulnerable individuals affected by issues such as mental ill-health, homelessness or learning disabilities, are helped to access appropriate support as soon as possible. Greater Manchester is the only area in the UK providing a fully integrated health and diversion service, using a single case management system and simpler referral pathways to better support vulnerable people. Greater Manchester Police Assistant Chief Constable Rob Potts said: We welcome this new service and recognise that custody isnt the best place for those people who are vulnerable. We need to recognise any issues that they may have and make sure people are receiving the support they need. We hope that by providing this service we can help reduce reoffending and the number of people coming through the custody process with the associated outcome of fewer people becoming victims of crime. Jointly commissioned by Greater Manchester Combined Authority and the Greater Manchester Health and Social Care Partnership, the service aims to divert vulnerable people away from the criminal justice system and into the hands of services better able to tackle the root causes of their behaviour. Available for both adult and young offenders, the integrated service supports people affected by a wide range of issues, including physical and mental ill health, learning disabilities, debt, homelessness, drug addiction, and post-traumatic stress disorder, providing interventions and support to people from the moment their additional needs are first identified. Providing the detainee has given consent, staff screen and assess the individual, sharing relevant information with criminal justice agencies to inform charging and sentencing decisions. The person is also helped to access appropriate services, such as mental and physical health care, social care, substance misuse services and safeguarding support. Baroness Beverley Hughes, Deputy Mayor for Policing and Crime, said: While keeping the public safe is the number one priority, its clear that a custody cell or prison is not always the right place for vulnerable people, such as veterans, homeless, or people with learning disabilities. The criminal justice system doesnt solve their problems and doesnt put a stop to their behaviour. Too often their actions are directly linked to problems in other areas of their life  a disruption in taking prescribed medication, problems managing debt, alcohol addiction, housing problems. These are the issues that need resolving. Jon Rouse, chief officer of Greater Manchester Health and Social Care Partnership, said devolution in Greater Manchester had given them an opportunity to do things differently. This service is the result of organisations from across our region working together to expand on existing provision, in a way that was simply not possible two years ago, he added. Were committed to improving the health and wellbeing of Greater Manchester residents. This means stepping outside those environments traditionally associated with the NHS, such as hospitals or local health centres, to ensure vulnerable people have the support they need. Greater Manchester is now leading the way in this field of work. Commissioned in February 2017 and developed over the past year, the Healthcare in Custody and Wider Liaison and Diversion Service is now fully operational. It is being delivered by Mitie Care and Custody, North West Boroughs Healthcare NHS Foundation Trust, and Cheshire and Greater Manchester Community Rehabilitation Company. Dr Vis Reddy, clinical lead for Mitie Care and Custody, said: Integrated, pa