All frontline officers and staff across West Mercia are now equipped with body-worn video (BWV) with the rollout completed three months ahead of schedule. 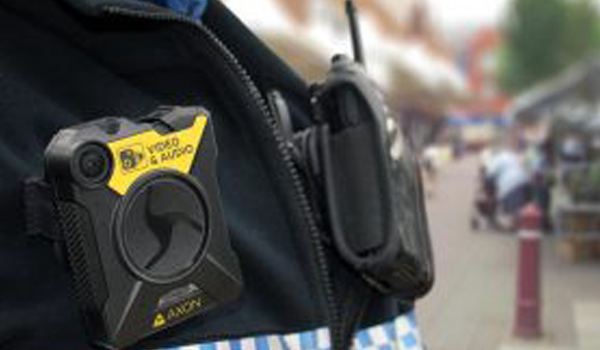 All frontline officers and staff across West Mercia are now equipped with body-worn video (BWV) with the rollout completed three months ahead of schedule. Police and crime commissioner John Campion has invested £1 million in the technology, and West Mercia Police Assistant Chief Constable Martin Evans said it had provided a number of significant benefits. It acts as a deterrent. Knowing individuals actions are being recorded often has a sobering effect in calming what can sometimes be difficult situations our officers regularly face, he explained. It helps to protect officers against some unfounded complaints that are made by giving an independent record of actual events. Most importantly it can provide very clear, compelling evidence to support prosecutions, speed up convictions at court and provide additional support particularly to some of our most vulnerable victims. It is a great step forward for us in better serving our local communities. West Mercia Police Federation Secretary Jamie Harrison said it welcomed the introduction of the cameras and was glad to see the rollout to all frontline officers and staff completed ahead of schedule. Mr Campion has been instrumental in driving this forward and has invested in the public and our members. Not only will it help our members do their jobs, it will also protect our members from malicious complaints, he added. Mr Campion said BWV plays a significant part in delivering a more efficient and effective service: We are already seeing the benefits of BWV, and our communities should be reassured by this investment, said Mr Campion. In the coming months we will see more clarity and evidence when incidents occur, increasing the chance of conviction and therefore the quality of service for victims. Our police service will be more accountable, and the cameras should help to prevent crime by diffusing situations and impacting on offender behaviour. Armed police officers across Bedfordshire, Cambridgeshire and Hertfordshire have now been equipped with BWV. Cameras have been issued to all officers in the tri-force armed policing unit (APU) to help increase transparency and corroborate evidence in relation to incidents attended by firearms officers. Cameras are already used by response officers and have led to quicker justice for victims as well as providing reassurance for both the public and officers during incidents. Chief Inspector Julia Hands from the Bedfordshire, Cambridgeshire, and Hertfordshire APU said: The cameras allow for an accurate account to be recorded from the scene of an incident, which is particularly key in the highly-pressurised incidents that our firearms officers have to attend, when split-second decisions need to be made. We believe that the cameras will increase our transparency and this in turn will help to improve the publics confidence and trust in our firearms officers, who work incredibly hard on a daily basis in the face of serious threats to protect the public and fight crime.