A member of the UKs most notorious crime families has been sent to prison after officers recorded him discussing the transportation of money owed to him by rival gangs. 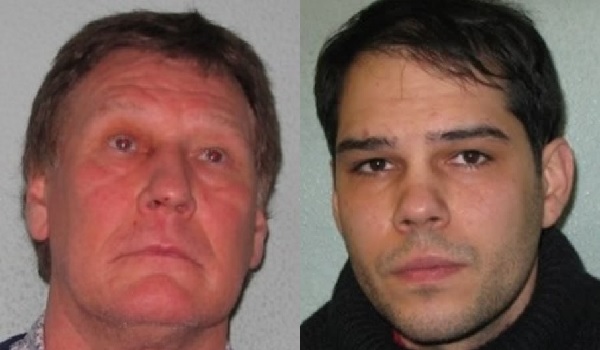 A member of the UKs most notorious crime families has been sent to prison after officers recorded him discussing the transportation of money owed to him by rival gangs. Thomas Adams, 59, the youngest of three brothers who led the infamous Adams family, was found guilty of money laundering and sentenced to seven years imprisonment on August 2. The ghost-like criminal suffered a heart attack outside a pub as he waited for the jurys final verdict, before he and several associates were sentenced to a total of 33 years in prison. Reporting restrictions on his conviction were lifted following the conclusion of a second trial in which his son, Shaun Adams, 32, pleaded guilty to money laundering. He received a six-month jail sentence, suspended for 12 months on Thursday (November 2). Adamss business partner, Loukas Menikou, 55, was sentenced to ten months, suspended for a year, after pleading guilty to the same offence. Detective Chief Superintendent Mick Gallagher, head of the Metropolitan Police Services (MPSs) Serious and Organised Crime Command, said: Today is the culmination of several years work by the Mets Serious and Organised Crime Command and I would like to pay tribute to my team of detectives who have worked tirelessly to bring these individuals to justice. Thomas Adams is responsible for a large-scale criminal business, laundering the profits from crime. For too long organised gangs have used advances in technology to hide their criminal gains and this operation and others like it are the Mets response. Any criminal gang operating in London needs to know that we will tackle them head on and hit them where it hurts the most. Both trials arose after officers planted recording equipment in Andrews Café in Holborn, central London, where Adams and his associates were heard discussing their money laundering plans. The criminals arranged for almost £250,000 to be transported from Manchester to London via trains and taxis. Undercover officers watched couriers exchanging thousands of pounds in a Marks and Spencer carrier bag outside Euston station. In February 2014, the MPS executed a number of search warrants across London and several arrests were made. Evidence discovered at the home address of another associate, Steve Mardon, included a number of ledgers detailing criminal cash transactions. More than £110,000 was also found in a floor safe. Sentencing the gang, Judge Alice Robinson said: “You have all been convicted of money laundering offences which took place in 2013 and 2014 involving the transfer and concealment of large sums of cash. “Although not found until the search of Mardon`s home in February 2013, the Crown`s case was evidenced by and neatly encapsulated in a ledger. “The evidence demonstrated significant planning, contrivance and subterfuge.” Detective Inspector Jo Van der Waag of the MPS`s Serious and Organised Crime Command added: The instigator of this criminal enterprise is Thomas Adams, a man who appeared to have access to considerable amounts of capital, despite no identifiable or legitimate means of support, and no financial footprint in the UK. Adams appeared to have a ghost-like existence, concealing the true ownership of his properties and other assets, all done with the distinct purpose of avoiding detection from law enforcement authorities.” In addition to Thomas Adams, those convicted after the first trial were: Haralambos Antoniades, 48, from east London, was found guilty of money laundering and sentenced to five years and three months imprisonment. Steve Mardon, 58, from north London, was found guilty of money laundering and sentenced to five years and three months imprisonment. Christos Christopher Nicolas, 52, from Harlow in Essex, was found guilty of money laundering and sentenced to two years and six months imprisonment. Elias Antoniou, 53, from north London, was found guilty of money laundering and sentenced to two years imprisonment. Martin Dowd, 49, from Macclesfield, was found guilt