Police and firefighters in Hampshire have launched a pioneering partnership that will see both services bring together their combined skills, training and equipment to search for high-risk missing persons. 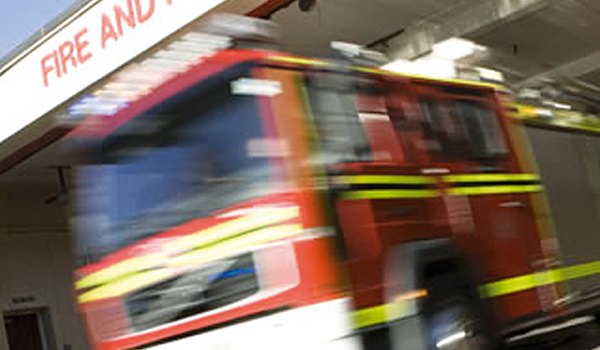 Police and firefighters in Hampshire have launched a pioneering partnership that will see both services bring together their combined skills, training and equipment to search for high-risk missing persons. The six-month pilot, between Hampshire Constabulary and Hampshire Fire and Rescue Service (HFRS), will cover the police operations across the whole of Southampton. The force believes the collaborative project is a first for the UK, and if successful could be extended to include medium-risk missing persons and be rolled out across the county and beyond. Through the two control rooms, the constabulary will be able to deploy the services of firefighters to help find people who are at risk themselves or considered a possible risk to others. Even as the details of the partnership were being put together, two high-risk missing people were found by firefighters and police within minutes of a search being launched  an elderly woman with dementia who had fallen into a ditch and a semi-conscious woman in her thirties who was considered a suicide risk. Paul Parry, manager at St Marys Fire Station, which will be the hub for the pilot, said, This is an exciting project for both emergency services and is set to be a great example of what blue light collaboration can achieve. By bringing together our combined skills, training and equipment we can better protect the people of Hampshire. Hampshire Constabulary Sergeant Nick Mills added: The benefits of being able to call upon extra people and resources to help in these circumstances could be crucial. As well as extra manpower firefighters bring an array of skills and equipment that make them ideally suited to the task. For both services this partnership is win, win  and it will save lives. Sgt Mills said having firefighters available to search specific areas would free-up officers to pursue other elements of the search operation. In addition to supplying extra trained people to a missing person search, he said firefighters have skills in rescuing from height, as well as water and rope rescue. They also have equipment such as thermal imaging cameras and ladders, together with positive links into the community and Immediate Emergency Care training for first responders. There are also plans to use shared drone facilities for searches in the future. HFRS director of blue light collaboration Stew Adamson said: The partnership work that is going on between the fire service and police in Hampshire is setting the bar for the rest of the country. Projects like these pool skills and resources to keep the people of the county safer and ensure the public gets the best possible value for money. HFRS was the first to invite the police to move into its headquarters, which they did in November 2015. It has also been opening its stations to police officers, who now have a presence in several of the organisations facilities helping the two emergency services establish closer working relationships and providing the public with exceptional value for money. It is not just about buildings; the close links between the two services is represented in other ways, such as having a police officer on the fire service-run Arson Task Force, cross-service training to upskill firefighters and police officers and even sharing a corporate photographer. They also take part in regular emergency training scenarios to ensure each thoroughly understands the others roles and build closer relationships, which could prove vital in a disaster situation.