A programme of work should be brought in to try to rebuild a better relationship and foster effective policing between a national force and football fans if legislation aimed at curbing sectarianism at matches is scrapped, MSPs have been told. 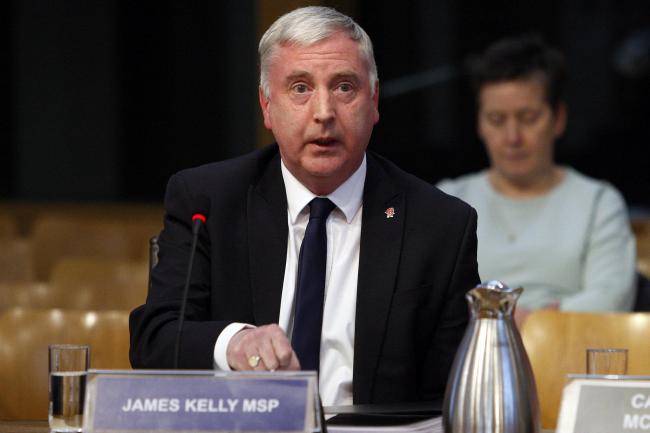 A programme of work should be brought in to try to rebuild a better relationship and foster “effective policing” between a national force and football fans if legislation aimed at curbing sectarianism at matches is scrapped, MSPs have been told. Labours James Kelly said getting rid of Scotlands Offensive Behaviour at Football and Threatening Communications Act would not be the end of the matter. Mr Kelly has submitted a Members Bill to Holyrood in a bid to repeal the controversial legislation, which he described as being discredited and ineffective. MSPs on the Scottish Parliaments Justice Committee are considering the matter, with the Labour MSP telling them he wanted to axe the existing law because it is unfair that football fans are targeted and he does not think the legislation is working. But he added: Separate to that, there needs to be work done with supporters and the police and the clubs to rebuild a better relationship, in order that we get more effective policing. And I don`t see the repeal of this Act as being the end of the matter. I think there is a job for all of us to do in terms of putting out a message that religious intolerance is unacceptable, pointing to effective legislation to deal with that, and there is a big job to be done in terms of the police and the supporters. It is a two-way street to work together, in order to build that trust. In my opinion, a programme of work would be required going forward following the repeal of this Act. The legislation  which came into force in 2012  criminalises behaviour which is threatening, hateful or otherwise offensive at a regulated football match including offensive singing or chanting. But it was rushed through the Scottish parliament in the aftermath of a an Old Firm clash in March 2011, which saw then Rangers assistant manager Ally McCoist and then Celtic manager Neil Lennon involved in angry scenes. Mr Lennon was also sent bullets and a parcel bomb in the post, with two other high-profile Celtic fans  the late Paul McBride QC and former Holyrood deputy presiding officer Trish Godman  also sent what police described as viable explosive devices. SNP MSP George Adam insisted that at the time there had been a steady systematic worsening of behaviour at games, both on field and off the field. Referring to the threats against Mr Lennon, Mr McBride and Mrs Godman, he said: With all that, surely the Scottish Government were right in bringing this legislation forward? But Mr Kelly told him: What we saw was a complete overreaction from the SNP Government when they pushed the legislation through against the will of all the opposition parties.” The Labour MSP stated: I`ve been a football supporter for over 40 years, I attended my first football match in 1969. I can well remember a time, particularly around the late `70s and early `80s, where there was a lot of public disorder at football matches, where there was singing of offensive songs by both sets of supporters going along to games, there were clashes inside the ground and outside the ground and there was a tense atmosphere around football. Mr Kelly has also criticised the spending of £2.1 million in the last three operational years on the Football Coordination Unit Scotland (FoCUS) which was set-up by Strathclyde Police in 2011 following a recommendation of a joint action working group between football clubs, politicians and law enforcement agencies. The working group was also used to inform the ongoing development of the Offensive Behaviour Act as it was drafted by the then Scottish Justice Secretary Kenny MacAskill. The unit is now operated through the national force. FoCUS, which this year has 15 police officers and a budget of £709,120, involves policing fans through the Act. Mr Kelly said in August: At a time of civilian staff cuts and falling number of police officers, it is baffling that Police Scotland has spent £2 million in recent years on a unit to monitor football fans. There are real questio