West Midlands Police has unveiled its first Digital PCSO (police community support officer) as it reaches out to protect the public and businesses against the threat of cybercrime. 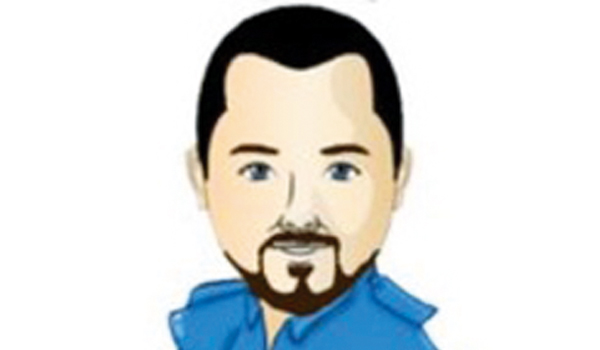 West Midlands Police has unveiled its first Digital PCSO (police community support officer) as it reaches out to protect the public and businesses against the threat of cybercrime. PCSO Sean Long has taken on the role  one of just four such specialist roles in UK policing, including one at Derbyshire Constabulary  which will see him offer important advice on cyber security and how to stay safe online. He will visit business organisations, community groups and schools to deliver inputs in person  but his avatar alter ego will also be imparting vital information via his Twitter feed @WMPDigitalPCSO. A self-confessed keen gamer and techie, PCSO Long  named West Midlands Polices PCSO of the Year in 2014 for his work with schools in Birmingham  said: Its clear cybercrime is a major threat with as many offences being committed online as in the real world. Falling victim to cyber criminals can prove costly financially, be hugely inconvenient and have an emotional and psychological impact  but there are some simple steps we can all take to minimise the risk and stay safe. Ill be showing how people can beef-up their online security and avoid making mistakes, like giving away too much on their social profiles. Im really looking forward to the job. He has been a PCSO for ten years, the last seven of which have been spent in Bordesley Green and Small Heath where he gave regular talks to schools on cyber safety, online bullying and sexual exploitation. Sergeant Gary Sirrell from the West Midlands Regional Organised Crime Unit (ROCU) specialist cybercrime team, said PCSO Longs experience of community policing and working with partner agencies would be hugely beneficial. He added: Ive sat through some cyber conferences that have been too technical  and to be honest the small percentage of people who were understanding what was being said were the ones that least needed the advice as they were probably already cyber savvy. Well be looking for Sean to get across common sense, simple-to-implement online safety advice that can really help people protect their data, take precautions online and implement safeguards. A significant amount of cybercrime could be prevented in the first instance if members of the public were aware of how to protect themselves from becoming victims of online crime. West Midlands assistant police and crime commissioner Ashley Bertie said: In our police and crime plan we promised to introduce a Digital PCSO to help up-skill the workforce and work with communities to reduce the number of people who are victims of cyber crime. We take the issue of cybercrime incredibly seriously as it is something that can have a devastating effect on businesses and the way people live their lives. Small and medium-sized businesses are easier targets: they often dont have the resources or expertise to protect against cyber attacks. And if they are targeted, the impact can be devastating. We know that 85 per cent of cybercrime is easily preventable. Something as simple as making more complex passwords, having a firewall and up-to-date anti-malware software will reduce the risk of becoming a victim. The new Digital PCSO will be working with businesses and individuals to protect them from cybercrime.