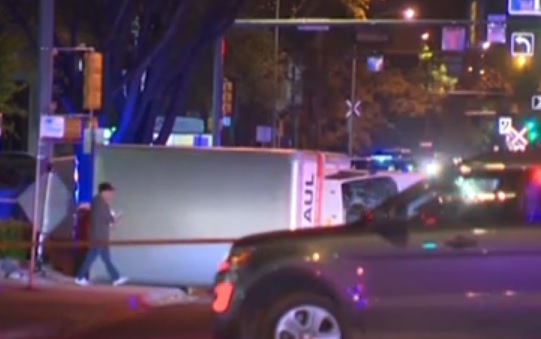 A man arrested for shoplifting travelled 200 miles to fatally stab two young women in a suspected terrorist-inspired attack in France 48 hours later. The so-called Islamic State (Daesh) killer was released from police custody in Lyons on Friday (September 29)  having been detained by the authorities no fewer than seven times for suspected petty criminal acts since 2005. On Sunday (October 1), the 30-year-old attacked his first victim outside Marseille`s Saint-Charles railway station while shouting Allahu Akbar (God is great) before fleeing. He later returned to kill the womans cousin. Both women were aged 20. One victim has been named as `Laura`, a second-year nursing student at a university in Lyon who had travelled to Marseille for the weekend to celebrate her birthday. Her cousin, named Mauranne, was also a student. She was taking a medicine degree at the university in Marseille and was originally from the village of Eiguilles near Aix-en-Provence. While Daesh has claimed responsibility for the double stabbing, French authorities say there is no confirmation the killer had any link to the group and the French interior ministry said it could not yet confirm whether the attack was motivated by terrorism. The knifeman, said to be of North African appearance, was shot and killed by a soldier  already in the station as part of Operation Sentinelle, which sees combat troops patrol streets and protect key sites amid France`s ongoing state of emergency. French Interior Minister Gérard Collomb said the deaths were particularly cowardly, as the man fled after the first murder but returned to kill again. France is involved in the US-led bombing campaign targeting Daesh in Iraq and Syria. The terror group recently released a tape purportedly of leader Abu-Bakr al-Baghdadi in which he urged supporters to step up attacks. On Tuesday (October 3), the French parliament will vote on new legislation that would make some state of emergency measures permanent. The measures include expanding the permitted zone for identity checks by police around stations, ports and airports; requiring judicial approval before conducting a house search; and confining a suspect to house arrest without prior instruction from a judge. Since January 2015, France has suffered a series of jihadist attacks that have claimed more than 240 lives in total. Meanwhile, police in Canada say two incidents in Edmonton on Saturday (September 30) are being investigated as “acts of terrorism” after a man struck a police officer with a car before stabbing him and later ploughed a truck into pedestrians on a busy street, injuring at least four people. Officers arrested a male Somali national and refugee who was previously known to Edmonton police and the Royal Canadian Mounted Police (RCMP). He has been detained for participation in a terrorist act and the commission of an offence for a terrorist group, said Edmonton Police Service chief Rod Knecht. The suspect was investigated in 2015 after police received a complaint he was “espousing extremist ideology,” said RCMP Deputy Criminal Operations Officer Marlin Degrand, but there was insufficient evidence to pursue terrorism charges. The suspect was reportedly not deemed to be a threat at the time. The officer was controlling traffic at a Canadian Football League game when he was struck by a car at high speed and then attacked with a knife. “The vehicle struck the police officer, sending him flying into the air 15 feet, before colliding with his cruiser again at a very high speed,” Mr Knecht said. The driver jumped out of the vehicle, attacked and stabbed the officer  named as Mike Chernyk  several times with a knife and fled on foot. A Daesh flag that was in the car at the time has been seized as evidence. The officer suffered severe cuts on his arms and stab wounds to his face and head but will make a full recovery. Prime Minister Justin Trudeau has called the incident a “terrorist attack”.