Pensions should be classed as a perk of the job and part of a beneficially significant remuneration package on offer to the service, policings paymasters have been told. 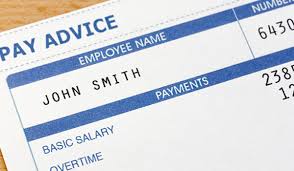 Pensions should be classed as a perk of the job and part of a beneficially significant remuneration package on offer to the service, policings paymasters have been told. The Home Office is urging the Police Remuneration Review Body (PRRB) to take into account the fact that public service schemes continue to be among the best available  outweighing anything on offer in the private sector. Its comments  in a Government submission to the PRRB on driving a reform agenda centred on increasing productivity by pushing up qualifications and skills and improving culture and leadership  have reignited the pay debate, already enflamed by policing leaders recommendations for a flat-rate two per cent rise for all officers. The Home Office also faces a backlash after intervening into the contentious area of sacking officers on grounds of ill-health. It has drafted a set of new regulations to allow the dismissal of officers who are medically unfit for officer roles, but who do not meet the strict permanent disablement criteria for retirement. Partners have been invited to engage with the process via a Police Advisory Board Working Group prior to final proposals for a formal consultation, the report to the PRRB reveals. Meanwhile, the 3.4 per cent suggested increase put forward by the staff associations has been rejected by the National Police Chiefs Council (NPCC) and police and crime commissioners (PCCs)  with their views utterly dismissed without comment in the Home Office plea to the pay review body. In fact the Government department has gone further  by asking the PRRB to only consider proposals from chief constables and PCCs when deciding next years police pay rises. The Police Federation of England and Wales (PFEW) and Police Superintendents Association of England and Wales (PSAEW) barely warrant a cursory mention in the 29-page report by the Home Office  relegated to references on working groups set up by the department on data collection, and in relation to recruitment of chief constables. But the Home Office submission lays great store on how public sector wages account for a quarter of all government expenditure, pointing out that following the last recession, public sector wages held up in sharp contrast to the falls in the private sector. And the overall remuneration of public sector employees when taking employer pension contributions into account remains at a significant premium, the report states. When considering changes to remuneration, [remuneration review bodies] should take account of the total reward package. Public service pension schemes continue to be among the best available and significantly above the average value of pension provision in the private sector. The Association of Police and Crime Commissioners has offered no comment on the Home Office evidence submission, saying its their business but the PSAEW has said the PRRB must not forget that policings biggest asset is its people; without them there is no service. National Secretary Dan Murphy said: There is a wealth of evidence that shows the superintending ranks are working longer and harder in more complex and demanding roles than ever before. We believe the employer should recognise this and that it should be reflected in?officers terms and conditions and?how?they?are rewarded, which is the basis for our recommendations to the PRRB. We also have concerns about how police reform is being managed and implemented. The police service has fewer employment rights than other professions which means that the mechanisms for consulting and engaging with its people must work effectively. This is critical. It is not just about pay and not just about those officers?who are serving now: it is essential to ensure the service attracts the right people into it for the future, so that it can continue to protect and serve the public?to the excellent standard they expect. It is important that the?service can have confidence in the pay?review proc