Officers will no longer have to accept lifts from farmers after Lincolnshire Police invested in ten all-wheel-drive vehicles to help tackle rural crime. 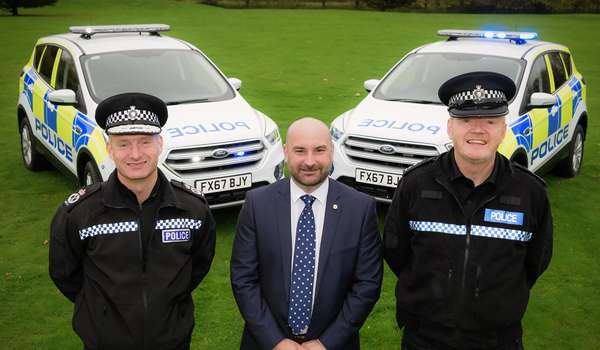 Officers will no longer have to accept lifts from farmers after Lincolnshire Police invested in ten all-wheel-drive vehicles to help tackle rural crime. Chief Constable Bill Skelly said: With these vehicles our officers will be able to go where they previously couldnt in a police car  such as into a crop field to find where a stolen vehicle has been hidden or to pursue a hare courser trying to make an escape using an off-road track. Doing so would cause significant damage to a police car so in the past our officers have had to accept lifts from farmers or traipse through fields on foot to reach a crime scene. Our distinctive county also has vast areas of challenging terrain with low hills and steep valleys and in bad weather these can be treacherous. When our officers are trying to keep others safe its important to me that they feel safe to tackle the conditions. Now our officers can get where they need to quickly and safely  improving the service to our communities. Lincolnshires police and crime commissioner Marc Jones says the new 150bhp Ford Kugas  alongside drones and quadbikes  will give frontline officers the capability to tackle crime wherever it occurs, in all weathers, both day and night. It will allow officers to get to the remote parts of the county and, in conjunction with the new rural crime strategy, should make people not just feel safer but be safer, he added. Officers are responding to around 65 hare coursing incidents a week. The new vehicles will cost £195,000, which includes the cost of converting them to operational police vehicles, and were extensively trialled by the force in the Lincolnshire Wolds before the investment was made.