The Local Government Association (LGA) has called for harsher sentences for the illegal sale of knives, as tests show worrying numbers of retailers selling weapons to children amid a rise in knife crime across the UK. 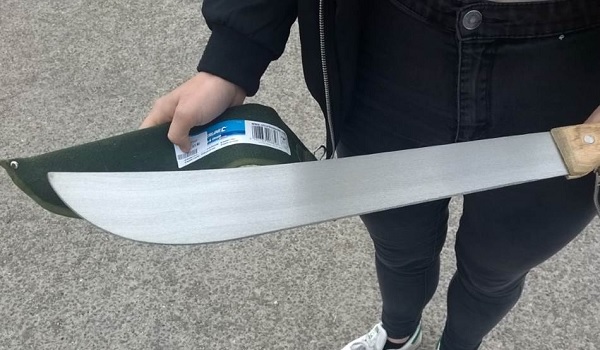 The Local Government Association (LGA) has called for harsher sentences for the illegal sale of knives, as tests show worrying numbers of retailers selling weapons to children amid a rise in knife crime across the UK. Chair of the LGAs Safer and Stronger Communities Board, Simon Blackburn, said the test purchases revealed some shocking abuses of the law. Retailers currently face six months in jail or fines of up to £5,000 for underage knife sales, but the LGA insists tougher sentences and larger fines are needed. London Trading Standards found that out of 725 test purchases last year, 96 stores sold blades to children as young as 13. Separate tests undertaken by Greenwich Trading Standards and the Metropolitan Police Service found four retailers, including a major supermarket chain, sold razor blades and craft knives to a 15-year-old and a 16-year-old. In the south-west of England, almost one in four shops sold weapons to children, with one teenager sold a machete. During the same operation in April, a number of children were sold kitchen knives and a 14-year-old was able to purchase a nine-inch serrated blade. Chief Inspector Zoe Chegwyn from Avon and Somerset Police said: Whats reassuring is that most of the stores who failed test purchases last autumn passed this time round, which shows our education initiative is working. The test results come after the Crime Survey for England and Wales revealed a 20 per cent increase in knife offences. Police recorded crime statistics showed there were 34,703 offences in the year to March 2017  5,800 more than the previous year. Home Secretary Amber Rudd recently announced plans to ban knives bought online from being delivered to home addresses, forcing customers to collect their purchase from a shop and show ID. Mr Blackburn welcomed the idea, but said it needs to be backed up with action on the high street, where proof of age needs to be checked consistently. He added: Knives are lethal weapons in the wrong hands and its vital that shops do all they can to prevent them falling into the hands of young people because just one illegal knife sale could have tragic consequences.