When Dr Susanne Knabe-Nicol shared an advert for direct-entry detectives on social media, she could not have anticpated the backlash from some of those who had taken a more traditional route to the role.

I was at the scene of multiple robberies in a rural town. It was outside a retirement home and a number of older ladies had had their bags ripped off them by someone who ran up to them from behind in the preceding weeks.

The investigation had not come up with anything and I was being shown the location by the detective in charge. No CCTV, no witnesses, no specific description of the suspect, no leads. But the detective was dedicated, motivated and had been trained well, having come up through the ranks as most did. And then there was me. A member of police staff, I had been an analyst, researcher and investigator in the police. And I was completing a PhD in investigative psychology. I had offered my additional skillset before, but this time it had been accepted and I was allowed to go to the location with the detective to see if there’s anything I could offer.

So, did I help them catch the guy? I do not think I did. I am not even aware if anyone was ever arrested for this robbery series. But my visit did make a difference. My thought process was not like the detective’s.

Police officers are trained to look for evidence. I was looking for the decisions the offender had made. I was looking for where he could have been hiding and watching from. I found discarded cigarette butts in one of those places (a forensic opportunity). I discussed with the detective which little pathways he might have used and we looked for dumped property there. We walked all along those tiny hidden footpaths that only the locals or those really looking for a secluded route would know. The detective had not noticed them before; he had not been looking for them.

We also considered where the offender would have run off to, as that is usually indicative of the direction he has a base in, such as a home or another anchor. On the opposite side of the road was a large industrial unit and a gate in the tall fence was about 100 metres away from the care home. I recommended to check when the workers were coming out for breaks to have a smoke outside the gate, where they might see potential victims walking back from town.

So, what was the outcome of my visit? It was that the detective said he would now walk crime scenes differently than he had been before. Some of the considerations I had used from geographic profiling are now forming part of his investigative considerations, rather than just looking for obvious evidence. I think that makes a difference.

Another location, another crime. This time a domestic burglary. I had gone with a different detective to take the victim’s statement. A very routine job for the detective. She was asking all the usual questions and got up to leave. I noticed that the ground right outside the front room window had been dug over recently.

I asked the victim who had been doing that gardening work (during which they would have been able to see into the room) and that generated a suspect. We then left the house and the detective wanted to go back to the car. I looked around for where the offender would have run off to and found a road around the back of that row of houses that was going away from the main road. Residents parked their cars there. I suggested we have a look and we searched around there and found some of the stolen property from our burglary victim.

The detective had been doing all the basic work – we had come to get a statement and a statement we got. Detective constables are overworked and at times their massive workload can give them the impression of working at a conveyor belt – they are processing crime rather than investigating it. For one, there is no time, but the other factor is that they are trained a specific way. And that’s where diversity can really be of benefit.

I heard Professor Robert Livingston from Harvard speak about diversity, how biologists had been invited to a meeting to help decide how to design a building which had been quite challenging. Though the architects were initially displeased, the biologists were able to talk about how termites built their tunnels to reduce the heat in their living environment, and that design feature became central to the building in question. And professional video-gamers were helping microbiologists figure out how to display molecules in a 3D environment. If everybody thinks in the same way, how can we ever see all the opportunities?

And that is something that has been on my mind this week. I saw a job advert for direct-entry detectives on LinkedIn, and, as I had done so often before, I shared it for others to see, adding ‘Could you be a detective?’ to the post. I did not think much of it. But before long, people had started commenting on the post expressing their outrage at the very idea that someone lacking the proper police experience of having been a uniformed police constable for a number of years, was now able to become a detective.

Emotions were running high. The first comment stated: “A sad indictment for British Policing.” The second one: “A truly sad day!” Most comments were along that vein and appeared to be coming from retired police officers. They talked of devaluing the profession of a detective, they talked of direct entries not having the necessary experience and skills, and they talked of police forces being desperate. I agree with the third point only.

Yes, we have a national shortage of detectives, which is probably the result of funding cuts. That means those that remain are over-worked and emotionally and mentally exhausted. Why do police officers not jump at the chance of being a detective? Most TV shows and films are about cool detectives, not beat officers, after all.

When I worked at Suffolk Constabulary, a survey showed that changing from the role of a uniformed constable to a detective actually leads to a drop in income, due to the loss of unsocial hours’ allowance, overtime payment and having to buy your own work clothes. It also means a lot of studying, specialist training, a sharp rise in responsibility and severity of the cases you deal with, and none of that comes with any tangible recognition or compensation.

I commented in that online debate that we need to evaluate whether the direct-entry detectives were any worse than the police-internal ones before we judge them, and that was dismissed as an unfounded experiment. I responded that all best practice starts out as an experiment and that until we have some evidence of the new detectives being of a lesser calibre, all opinions expressed are just that – opinions. After all, that is what evidence-based policing is about: you test and evaluate what you do to establish best practice. Do not make assumptions and just do what you have always been doing. And when someone suggests to do something new, do not write it off before it has been tested.

The police service as a whole is not yet evidence-based, or built on what has been shown to actually work, it is based on tradition and decisions made by whomever is the highest-ranking in the room, not the one who is best-informed.

Yes, there is a problem in that the profession is no longer an attractive option for a uniformed officer. So they do not go for it. They remain in uniform, doing shifts, chasing the bad guys, rolling around on the floor with them. Some see that aspect of police work as essential experience for a detective. Is it? I don’t chase after guys and roll around on the floor with them, and if I did, I wouldn’t write about it in here. Could I not be a good detective then?

I have a specific skill set through my studies and police employment that could greatly add to the investigative capabilities of the department I would end up in. But you do not have to be an investigative psychologist with a policing background like me to have something to offer to the profession of a detective. Anyone with good people skills and an investigative mindset might feel drawn to that opportunity.

What if you are great with people, you can empathise with victims and suspects, you can draw connections and see gaps and ask the right questions? Why does it matter how much time you spent in uniform on response? Do you have to have been a primary school teacher to become a secondary school teacher?

It was only a few people besides me on that LinkedIn debate that spoke for the positive aspects of the direct-entry pathway and the opportunities this could offer, and those were all people who had first-hand experience of working with those direct recruits. One person wrote me a private message of support but did not want to publicly comment on LinkedIn due to the “bullying” on there by “so-called experts”.

Why do some officers feel so incensed and insulted? Is it just a fear of change in general? Is it missing the good old times? There are currently around 90 comments on that post on my LinkedIn page, and it has been seen around 5,500 times. I have never had this much engagement on anything else that I posted before, this one really hit a nerve.

I had to smile to myself as the situation reminded me of how Police Academy’s Chief Hurnst reminisced about the good old days when he was a recruit: “When I went through this academy, every cadet was the right weight, the right height, the right colour and they all had Johnsons, Lassard! Every single one of them.”

Dr Susanne Knabe-Nicol has worked in various police forces and roles in the UK for a decade. She has a PhD in Investigative Psychology and is the creator of EBP Doctor, an online resource to help police forces work out which of their processes are wasting their resources, using evidence-based policing. EBP Doctor is soon releasing a free digital introductory course on evidence-based policing.

'We must be relentless in demanding the best from our police' 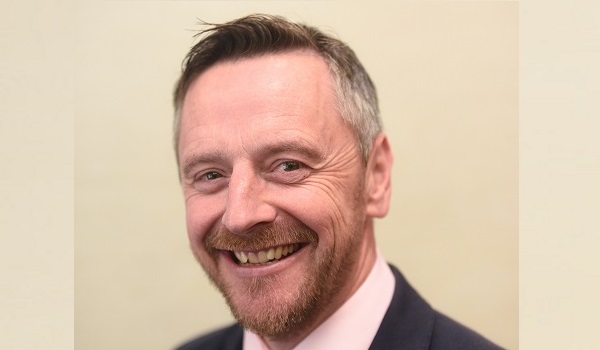