Police Federation of England and Wales professional development lead Dave Bamber is concerned that some officers may be left exposed to operational risks by the shift to online exams.

As we enter week number 11 of lockdown, I have been reflecting on this extraordinary period and how proud I am to be an officer representing colleagues on the front line at this difficult time. But we are resilient, we overcome, and we adapt.

For the first time ever, Sergeants’ exams and Inspectors’ exams will take place online – the College of Policing will be confirming the dates this week.

It is a good few years ago that I took my promotion exams and – to the dismay of some senior officers – I passed them. The thought of promoting me must have been unsettling for some. I do remember standing in a queue looking at colleagues who appeared overly confident, some who seemed unduly nervous and a few who had just turned up as a duty day. It was like being back at school again, with a clock ticking, an invigilator and some people with lucky charms on the desk in front of them. But that was then, and things should have moved on.

But I’m not here to talk about that. I’m here to air my concerns over forces bringing in acting sergeants with little protection.

How does this tie in with exams? Well I personally feel the cancellation in March is being used as justification to ignore a pool of talent who have already passed their exams. Instead of promoting those who have worked and studied hard, they would rather opt for an operational quick fix to plug the gaps rather than investing in and developing their workforce. It seems to me to be spreadsheet management where the gaps just need filling with little thought for the overall impact.

It goes without saying that I have nothing against acting sergeants, in fact, successful development of our membership is forefront of my mind as a professional development leader – but it’s also our place to recognise officers in acting roles have specific needs whilst pointing out there are hundreds of keen and qualified officers who are waiting for vacancies.

In many cases I’ve seen, leaders are taking advantage of young and enthusiastic constables who are placed in a tricky position of turning down the opportunity of becoming an acting sergeant for x amount of days – I certainly wouldn’t have had thoughts of turning down my boss as a young copper. Also, you don’t want to come across as incapable when there is the promise “this will look good for further promotion”, which sounds really great, but the system doesn’t allow for this local manipulation in the long term as national assessments rightfully need to be passed.

Acting sergeants who have not yet passed their exams are being exposed to potential risks operationally, legally and welfare wise. Where is the support, the mentoring, or actually – in most cases – just someone else to bounce an idea off. You can pretty much guess that the divisional commander who has heaped such praise on the acting sergeant isn’t there at their shoulder when the pressure starts to mount.

When I was first promoted I was on a shift with other more experienced supervisors; they helped, they guided and their real-time example was invaluable. I would often think, “what would Andy do with this, how would he handle it”. That mentoring was crucial, but most of our newly promoted, let alone acting sergeants, are left to fend for themselves, which isn’t really fair. It isn’t really helpful, and it doesn’t assist in developing the individual or the organisation.

Constables will understand what good leadership looks like and in turn have the potential to harness these skills and be a strong line manager. Hopefully, unlike some others more senior, they won’t label longer serviced officers who have passed the exams in the distant times of Ospre as “stagnant”; that really isn’t a way to value and motivate those who you supervise. But there are certain areas that require vital book knowledge. There will be times where they will be expected to provide legal advice to their colleagues – and with no track record of their legal knowledge this can put them in a difficult position with nothing to fall back on. The onus is on them and the pressure is ramped up.

As I said, I have nothing against acting sergeants, quite the opposite in fact, I have nothing but admiration and respect – I just wish the wider organisation did as well.

I know so many have the potential to work their way up the ranks if they wish – but in order to do so forces need to wrap around development, mentoring and support from the early and initial stages.

The organisation should be putting their officers first and I think they need to go back to the drawing board and properly think about this. The risks are too great if they get it wrong.

This article first appeared as a blog post on the website of the Police Federation of England and Wales and is republished by kind permission. You can read the original article here. 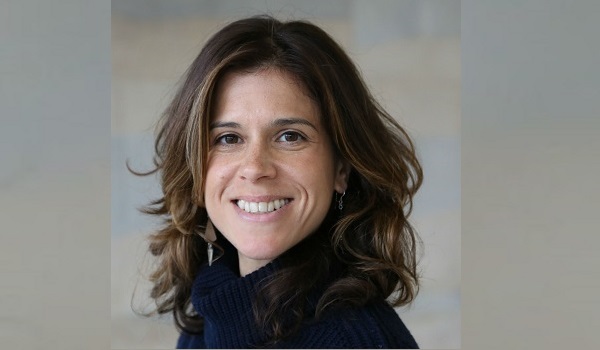